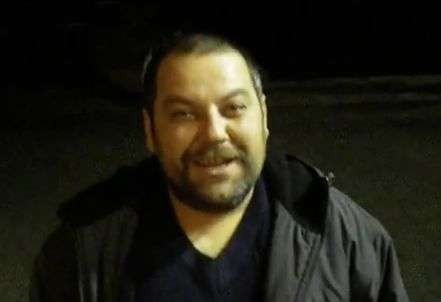 Sotiris Therianos was born on 16 November 1955 in Lefkada Island, Greece. He studied art, design and decoration at Sivitanidios School of Trades and Vocations in Athens (1975-1979). He was tutored in aquarelle techniques by Petros Panagos in Lefkada (1980-1985). In 1982 he met Theodoros Stamos (1922-1987) the American expressionist whom he considers his mentor. Since 1995 he has been discovering new relationships between painting and photography.

Artworks by Therianos are kept at the following institutions: The American College of Greece, Athens and Cultural Center, Lefkas.

Sotiris Therianos continues to live and work in Lefkada Island.

“A Letter for Sotiris Therianos. Life and death are constant, the most extraordinary things we are certain of. Within those two forces there are human things at work on various levels to prolong life and oust death. There are men, creative ones, who work within the framework of life and death, who give you one way or another both sides and many more of the phenomena. One such man is Sotiris Therianos with the immediacy of his paintings. Most of his paintings ‘tachist’ in execusion refer to such phenomena as the sun’s cataclysm and the underworld of Persephone and Demetra. These are not easy paintings to take in all at once. They demand from the viewer a certain amount of humility and not a personal antagonism or egoism. They should be savored as a fine wine, and they will make you richer.” [Theodoros Stamos, Lefkada 02/09/1984]
“…For Therianos, art originates from his own necessity; he has had the perception to reach within himself and find his own method and vocabulary of forms. In the works from a few years ago, sweeping allover gestures of dense paint create whirlwinds of activity. Often these pictures suggest a shadowy dark netherworld. The realm of nightmares in which demons take shape. The chasms of Hades come to mind, as do the ancient Homeric tales as well. But Hades has many names, and such correspondences are transformed in these pictures into a more personal myth that, though elusive, can be all too real. Therianos’ presences exist in the present, interiorized, changing, procceding through the act of painting. They are not pretty or soothig but tough and direct, very like Lackaday itself. The basic technique is that of Tachism, but the end result is uniquely Therianos, resembling the recording of some primeval dance in which the entire body is caught up in wild rapid gyrations. “O dark shivering in the roots and the leaves! / Come forth sleepless form in the gathering silence / raise your head from your cupped hands / so that your will be done and you tell me again [George Seferis, Stratis Thalassinos Among the Agapanthi] In the more recent works, the imagery is simplifying, even as it is coming forth from the earlier cavernous regions. Painterly blacks and whites accompanied by daubs of color form shapes implying hatching, breaking through, fertilization, flying, crawling. Insects, slugs, serpents, and other creatures of earlier evolutionary stages appear through the painted gestures. They compose mysterious tableaux, like pieces of mind engaged in an unknowable intercourse. They somehow appear both dangerous and inviting and hover precariously in between the two extremes of feeling. They personify both sensations of untouched nature and of raw emotion. The allusive forms in these pictures come into being through the artist’s personal experiences, yet they are capable of conversing with any viewer who approaches them with open eyes and spirit. “It is the real face, when people have no cover. You see the feeling; you are inside,” Therianos says of his work. As we approach another fin de siécle and look back at the recent century of artistic progress, it is refreshing to renew contact with the archetypal elements without the usual overlay of theory and psychological rhetoric. At a time when the art world has become dominated by methodology and academicizing trends, Therianos’ pictures touch base with the simple core of human emotions. When I asked him if he thought that abstract painting was exhausted, Therianos answered: “Abstract painting is only of the past hundred years. Now, with all the materialism and all the separation from simple life, we need more contact with the ‘inside’. Expressionism is not to be forced, but to be experienced. If expressionism happens naturally, then it produces something worthwhile”. [Barbara Cavaliere, New York City, February, 1992]