Professor Nikos Petrochilos, was invited to visit Australia by the Kytherian Association of Australia. The Association was aided by funds from the Nicholas Anthony Aroney Trust. 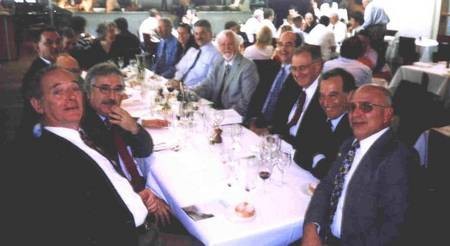 Professor Nikos Petrochilos, and Dr Victor Kepreotis, President of the Kytherian Association of Australia, during their visit to the Nicholson Museum (The Ancient World), Sydney University. Wednesday, 19th October, 2005.

Nikos was born in Athens, of Kytherian heritage, and is Emeritus Professor of Latin Literature in the Philosophic School of the University of Thessaloniki. He graduated from the Philosophic School of the University of Athens in 1960 and obtained his PhD in 1973 from the University of London (Westfield College). His PhD dissertation was titled Roman Attitudes to the Greeks. Professor Petrochilos has translated several historical Latin texts into modern Greek (including works by Sallust, Suetonius, Seneca and Erasmus) and has written various works on the cultural relations between the ancient Greeks and Romans. He has been a Visiting Professor at the Universities of Crete, Athens and Cyprus. He is also a past President of the National Theatre of Greece. To read more about the life and achievements of Nikos Petrochilos, you are directed to http://www.kythera-family.net/index.php?nav=3-10&cid=21&did=7865&pageflip=1.

When the Greek and Classics departments of Universities on the east coast of Australia were advised that Nikos Petrochilos was available to lecture to them, they all clamoured to provide him with a venue, and time to perform these lectures.

Thus at Macquarie University, he lectured at the Museum of Ancient Cultures, on the "Romans the Greeks and the Sea." In Canberra, under the auspices of the Australian National University, on "Roman emulation to the Greek intellectual culture." At La Trobe University, Melbourne, under the auspices of the National Centre for Hellenic Studies, he endevoured to answer the questions, "Did the Ancient Romans know the Greek language? Did they use it?" All these lectures, and more, will be "posted" shortly on the www.kythera-family.net website. Nikos was also special guest at a luncheon held at the Classics Department of the University of Queensland, on Monday the 31st October. On Thursday 20th October, he proposed the Toast "...to the Classics", at the Classical Association (Sydney University) Annual Dinner. At all venues, he spoke to large audiences - far in excess of the numbers that ordinarily attend such functions.

He is lauded as one of the few Classics authorites in the world, who can readily "cross-over" between the Greek and the Roman world. He has translated numerous Roman classics into Greek. His grasp of the Latin language is extrordinary. When he was invited to attend the Vatican in recent years, he was one of very few persons in Rome who could speak fluently and conversationally in the Latin tongue. 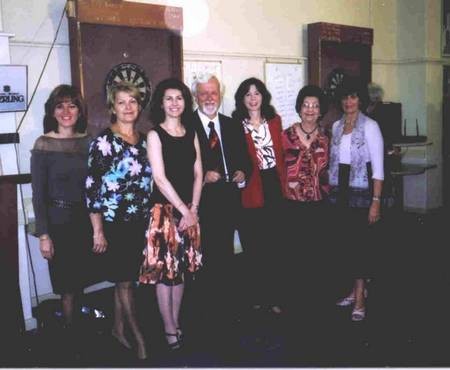 The Roman God Janus, depicted on a Roman coin.

Professor Petrochilos's visit, however, is a "janusian" one. What do we mean by "janusian"? Janus was one of the gods of ancient Rome. He was the god of gates and doorways, and was depicted with two faces looking in opposite directions. Analagously Professor Petrochilos's visit presents two faces. The first face is directed to the Classics. The second face is directed to his work as the President of the Society of Kytherian Studies.

The work of the Society of Kytherian Studies is extremely important to Kytherians everywhere. It would be no exaggeration to say, that with respect to the preservation of the Kytherian heritage, environment and ethos, the Society is the premier Kytherian organisation in the world. The superior work and achievements of the Society, however, are little known amongst Kytherian Australians. One of the main purposes of Nikos's visit was to impart knowledge to Australian Kytherians about the depth and breadth of the Society's work. 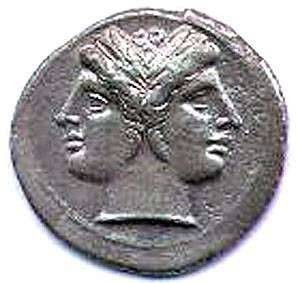 Around the table - Left to right:

The Society of Kytherian Studies has published numerous books on Kytherian history, language, heritage and ethos, as well as various archival records from Church registers on Kythera. This includes the recently published large volume on "Kytherian Surnames", which is a very important book for all Kytherians endeavouring to research their geneaology and heritage. It is hoped that this text will soon be translated into English. Other works, such as the "Myths and Legends of Kythera", and the "Kytherian Lexicology" - take us very deep to the core of the Kytherian sense of identity. It would be a great achievement to translate many of the other texts published by the Society, into English as well. All of the Society's texts, have been made available for perusal by Kytherians, at all venues where Nikos has spoken in Australia. 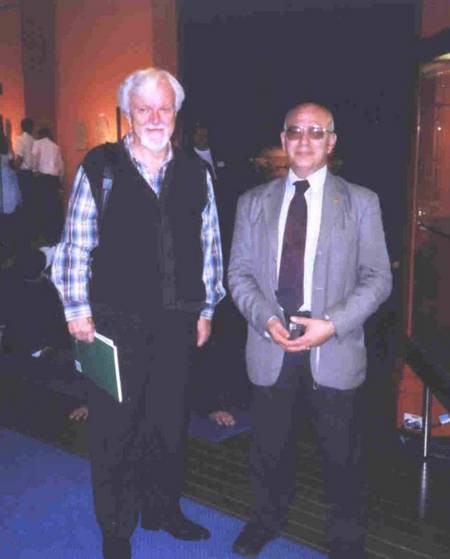 Professor Nikos Petrochilos with Committee members from the Women's Auxiliary, Kytherian Association of Australia. At the lecture held at the Hellenic Club, Sydney, Saturday 22 Oct. The lecture outlined the History and Achievements of the Society of Kytherian Studies, Athens.

The Society is also engaged in archaeological research and the preservation of Kytherian artefacts and monuments. You can read more about the history and achievements of the Society of Kytherian Studies at http://kythera-family.net/index.php?nav=135-137. 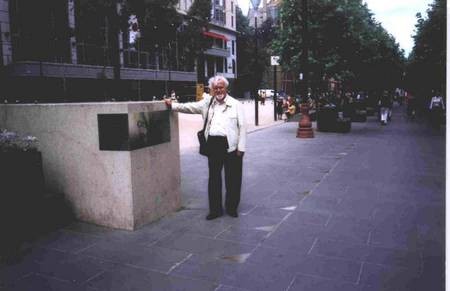 One of the results of Nikos's visit, was to help to draw the various Kytherian Heritage groups around the world, together. This has resulted in a proposal to create the Kytherian World Heritage Council. This Council will be convened in the near future.

The crowning event of the visit was the Parliamentary Luncheon (NSW Parliament House, Macquarie Street), held on 2nd November. It was attended by Ionannis Raptakis, the Consul-General Greece. The Archbishop of the Greek Orthodox Church in Australia, His Eminence, Archbishop Stylianos, was also invited to grace the meeting with his presence, but the timetables set out for these two eminent men, could not be bought into conjunction.

During this function, a sum in the vicinity of $60,000, collected from various Kytherian organisations, companies, and individuals from around Australia, was gifted to Professor Nikos Petrochilos by the President of the Kytherian Association of Australia, Dr Victor Kepreotis.

This will ensure, that the superb work of the Society of Kytherian Studies, will continue into the future.