The three ruins of windmills at Keramitianika, between Mitata and Friligianika, are hauntingly beautiful. I first visited the island in 1985, four year after the last of them was destroyed by fire, and never saw them in their splendor.

The ruins of two windmills at Keramitianika

Most people assume that they were watch-towers or strange houses when first viewed - one doesn't immediately associate Greece with windmills. 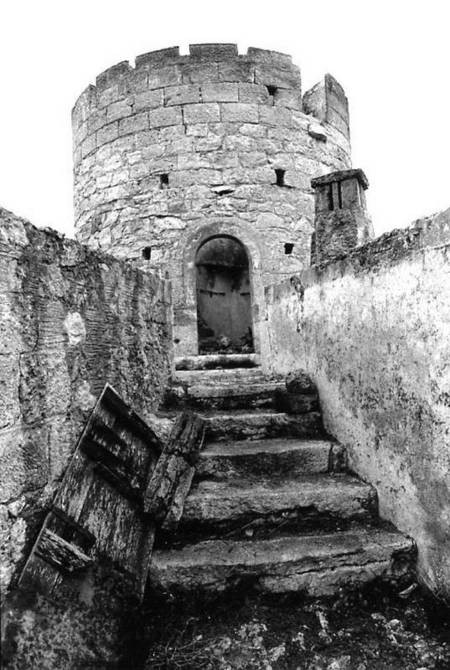 The entrance to the windmill at Keratimianika

Despite their current state, they are solidly built - the staircases are part of the walls. In one, pictured, the millstone is still lying where it fell after the fire. It alone is a masterpiece of stonework. 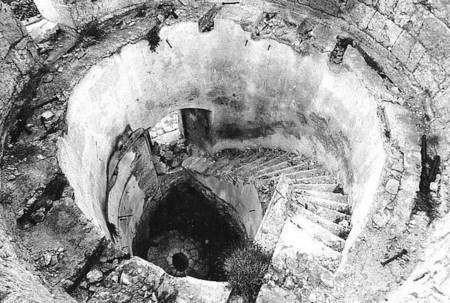 View of the ruined windmill from above

'teach me to dance will you'

On a clear day from the lower half of the island you can see one of our neighbours.. CRETE ...in...