Culture > Bibliography > A Foreign Wife - and beyond. The literary output of expatriate Greek Australian Gillian Bouras.

A Foreign Wife - and beyond. The literary output of expatriate Greek Australian Gillian Bouras.

Gillian Bouras was born in Melbourne in 1945. She worked as a teacher in Australia before moving to Greece with her husband and children in 1980.

Her first book about this experience, A Foreign Wife, was published in 1986, and this was followed by A Fair Exchange in 1991. Aphrodite and the Others, published in 1994, won a New South Wales State Literary Award in the same year, and in 1995 was shortlisted for the UK Fawcett Book Prize. A Stranger Here was published in 1996. Her latest work is Starting Again, 1999.

In addition to her published books, Bouras has contributed short stories and articles to newspapers and journals, presented papers at conferences and participated in literary events. See, for example, "Peloponnesian diary (Life in Greece from an Australian point of view)", Overland, 102, April, 1986.

In 1981 she completed her thesis on the life of her grandfather for a Master of Education entitled School teacher in Victoria: the biography of Arthur John Hicks. She has also worked with the Council of Adult Education (CAE) in Melbourne, preparing discussion notes for CAE book groups.

Bouras divides her time between London and Greece.

To view the contents of her collected papers in repository at the National Library in Canberra, go to:

[As a "öutsider" looking in, Bouras provides us with a penetrating analysis of Greek village society - and the type of characters that go to making up such a society.
Her analysis of her "pethera" in Aphrodite and the Others is very acute and very profound. She is every Kytherians own "yia-yia".

The insights that emerge from her work take us not only very close to the "core" of the small village on the Peleponnese where she lives - but into the psychological centre of the "village culture" of Kythera as well. - GCP]

Miscelleneous Award
Shortlisted - 1995 for Aphrodite & The Others 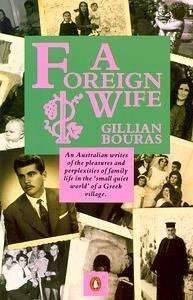 "Gillian Bouras is an Australian married to a Greek. From the ambiguous position of a foreign wife, she writes of life in a Greek village. Her fellow villagers fondly regard her, the migrant in their midst, as something of a curiosity. They, in turn, are the source of both her admiration and her perplexity". 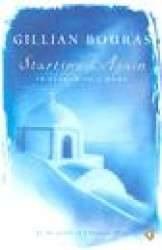 "When Gillian Bouras went to live in a Greek village for a few months in 1980 she never imagined she would still be there 10 years later. In A Fair Exchange, she explores the upheavals and pleasures of exchanging one home for another. Out of her experience has grown a love of words and the patterns they make in her life; and despite her nostalgia for Australia, she cannot resist the impact of foreign landscapes and the people that surround her".

Aphrodite - priest's wife, matriarch, illiterate - has lived in her village in the Peloponnese for 86 years. Her struggle and hardship have been echoed by national and international upheavals, by war, dictatorship and famine. In writing the story of her mother-in-law's life, Gillian Bouras recounts her own difficulties as an educated, independent Westerner coming to terms with a woman so culturally different and so domestically powerful.

But this book is much more than Aphrodite's story. It is a remarkable counterpoint of the oral tradition and the literate, the personal and the political, of individual voices murmuring against the clamour of wider events. Bouras brings these two contrasting cultures into sharp relief, weaving them into something which is at once factual and richly imaginative. " 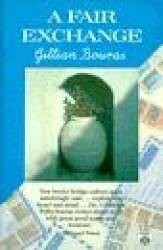 "For some, home is not simply a matter of place. Gillian Bouras comes and goes between London, where she spends long periods, and the village in the Peloponnese to which she migrated nearly twenty years ago. Unable to settle in either England or Greece, her life is one of perpetual journey, of constant goodbyes and starting again. Even in Australia, where she was born and raised, she feels like an outsider. This journal deals with the complexity of finding your place in the world. Insightful and always engaging, Bouras explores the divide that exists between cultures, between the past and the present, between those who shut the world out and those who too readily let it in.
'Donkeys fret and stamp. Purple irises are growing wild, and here and there a bougainvillea is still in flower ... There is a conspiracy of beauty in Greece, and I become ensnared in the plot every time I am here."

"Why does Dad dance all night non-stop until he drops? Why do the ice-cubes in the refrigerator turn black?
And why is all the furniture suddenly decorated with frogs' legs?

Australia is a Mecca for the evil Kallikantzoaroi who are bent on destroying...."

Australian born Gillian Bouras married a Greek man who had emigrated to Australia, and travelled with him to Greece, where she settled and eventually took out Greek citizenship. In this article she examines the many layers of cultural identity that coexist within her family and life. She reflects on the concepts of displacement, belonging and homeland through her own sense of identity and those of her husband and children.