Culture > Bibliography > One Year on Kythera

One Year on Kythera 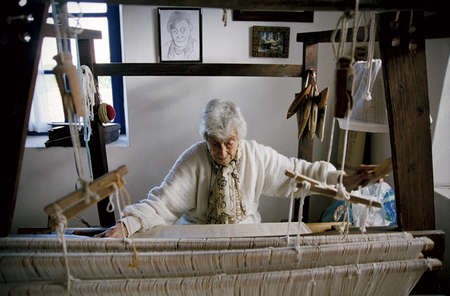 
One Year on Kythera books and limited edition photographic prints are also available for purchase in the United States of America and Europe at:

“Few young artists have the depth of artistic vision that informs Ms. Williamson’s photography. Her images are complex and sophisticated psychological essays. Her photographic record of island life and society is a study crucial to its history and serves as comparison in determining both the changes and the survival of the island’s social and geographic landscapes.” 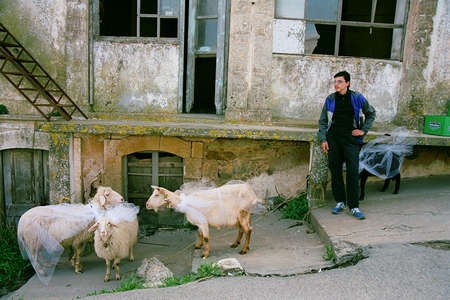 One Year on Kythera is a photographic documentary of the Greek island of Kythera, its inhabitants and its culture. With the help of a J. William Fulbright grant, I was able to spend over one calendar year living and photographing on this beautiful island.

Over the years, Kythera has suffered from massive waves of emigration of its people abroad to the point of near depopulation. These mass migrations caused the population of Kythera to drop from about 13,000 at the beginning of the twentieth century to a current mid-winter population of 2,500, leaving entire villages stripped of younger generations and some completely abandoned. To the remaining Kytherians, these deserted homes and communities stand as visual reminders of a society once unified by tradition now transformed by ambitions of a different life abroad.

One Year on Kythera is a contemporary look into the lives of those who have chosen to remain on the island: what ways they maintain a traditional way of life and in what ways their lifestyles are changing.

I would like to extend my most sincere thanks to the people of Kythera who warmly accepted me into their community, lives, and homes, and to the J. William Fulbright Foundation, whose generous grant made this project possible.

KRISTINA WILLIAMSON is an American artist born in Pen Argyl, Pennsylvania in 1980. In 2003, Williamson graduated from Parsons School of Design in New York with a BFA in photography and in 2004 was awarded a Fulbright grant to photograph life on the Greek island of Kythera. Her work has been showcased in solo exhibitions in Greece, New York, and Washington D.C., as well as various group exhibitions in the U.S. and abroad. Williamson currently lives and works in Brooklyn, New York. 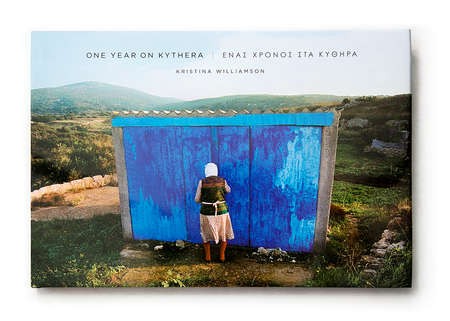 May I photograph you?

I remember the first time I asked this question. It was in Perlegkianika, a village near where I was living on the Greek island of Kythera. I was walking through on my way home when I saw an old man and woman sitting together by a grey stone wall. They were both wearing similar blue-grey outfits and sitting there so peacefully that they seemed almost a part of the wall itself. I asked if I could photograph them. They nodded. The woman was Stavroula; we were to meet many times after that first encounter, and I photographed her often. Each time I passed through the village she would come out of her house and either take me for a walk to show me something or invite me in to offer some eggs or tomatoes.

Another remarkable woman I met in Perlegkianika was Theochari, of the Blue Garage photograph on the cover of this book. When we first met, I understood only a few words of Greek, but she did not seem to mind. She would invite me into her home, make me lunch, and show me photographs of her family. We somehow arranged that I should drive her to the nearby market on Sundays to sell vegetables from her garden. Seated together on a bench in the square, she gave me a running commentary—of which I understood only fragments—on the goings-on and passersby. At day’s end, we’d pack up and I would be sent home with all the remaining vegetables.

I came to Kythera because I wanted to tell the story of life on the island. Over the years, hope for better opportunities drove many Kytherians to emigrate, leaving behind a dwindling population. I was interested in those who chose to remain on Kythera, and the intermingling of traditional and contemporary cultures reflected in their daily activities, homes, possessions, and surrounding environments.

Inevitably, I would also be telling a story about my experiences on the island. I remember being worried at first. What if I can’t do this project? I had made the decision to come and photograph life on this island, but what if the people concerned did not want to be photographed? I soon discovered that the Kytherians were in fact far more interested in hearing my own story and finding out what brought me to their island. They barely noticed I was shooting in between questions: “What village are you from? What are you doing here? You are not Greek? Why Kythera? Are you married? You are here alone? Will you stay for dinner? You will stay for dinner.”

Although it was my first time in Greece, I remember how strangely familiar the island seemed to me. Certainly Kythera was a big contrast to my life in New York, but it was not all that different from the small town in Pennsylvania where I grew up. Although I did not recognize faces right away, I was recognizing characters which were instantly familiar, perhaps because they reminded me of people from my hometown. Michalis from the gas station near Potamos (who repaired my tires at least once every couple of weeks) shared a disposition with Johnny, my hometown cobbler.

I spent countless hours with Kytherians of every age and degree. That they often spoke few words of English and that my Greek lacked fluency seemed largely inconsequential at the time. I found that, by way of our mutual intrigue and curiosity, I had unwittingly become a part of their community. Such exchanges of interest, generosity, and affection allowed me to indeed capture daily life on the island. Through this work, I had wanted to share the island’s story in photographs, but the Kytherians had larger plans, accepting me warmly into their community, lives, and homes.

Everyone I met on Kythera assured me that I would remain forever: I would be one of those who came to the island on holiday and never left. In a way, they were right. Though I no longer live on Kythera, I still retain a deep love for the island and continue to return. On Kythera, time moves more slowly. There is time to be with friends and family. Time to dance. Time to witness the drama of the tides rolling in, the clouds rolling out, and the intensity of summer reverberating off white-washed walls. These images of an island and its inhabitants are a celebration of a place which changed me and which is itself, however slowly but inevitably, subject to change.

From the National Herald

Fulbright Best and Brightest from the Arts, Science, Research, Law

“I arrived on the Greek island of Kythera in August 2004, a 24-year old American photographer not knowing a single person and not speaking Greek,” writes Brooklyn based Williamson in her statement of purpose about her Fulbright experience.

The Pennsylvania-born Fine Arts graduate of Parsons School of Design embarked on a life-changing experience in Kythera, focusing on the islanders who had remained after the mass immigration exodus from the island in past years – as well as on new arrivals. Her eye and lens captured a lot in her time there – which ultimately was a year and a half.

Founder/photographer John Stathatos notes that she retained an outsider observer’s perspective, lauding her work with all of Kythera’s inhabitants: “...she was easily accepted by these groups and hence able to record, with discretion but also considerable empathy, both private and public moments of their lives.” Otherworldly color and texture is captured - whether in moody water/landscapes, still portraits of people’s backs or frank fronts (as that of a woman with a stuffed Tweetie bird which hung in her stark bedroom), community action shots (such as an Annunciation Day cross dive) – with both familiar, lived-in elderly bodies and unpredictable children’s gestures alike.

Williamson’s time on the island resulted in solo exhibitions in Kythera, The Greek Consulate in New York, as well as the Woodrow Wilson International Center for Scholars in DC. The One Year in Kythera images can be found on her website www.kristinawilliamson.com.

She went on to take part in group exhibits in New York, Miami, Hollywood (CA) as well as a solo exhibit at the Brooklyn’s Insest Gallery. She received the Jeunes Talents 2009 award, where emerging U.S. photographers photograph France. 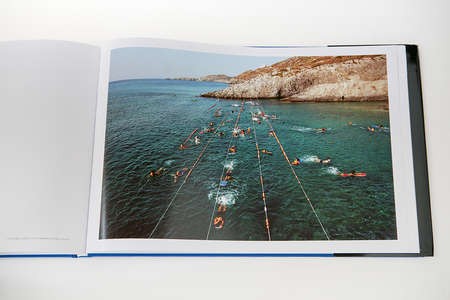 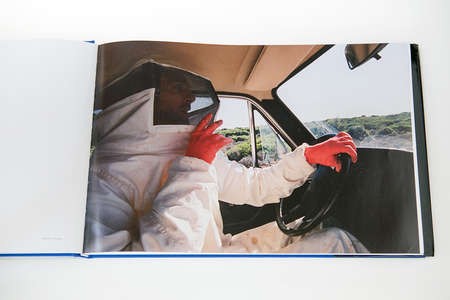 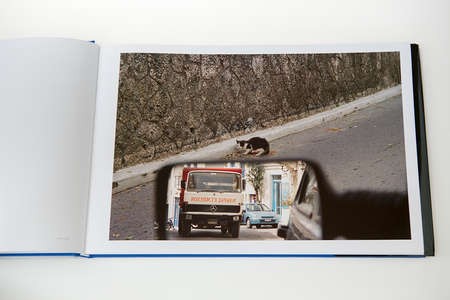 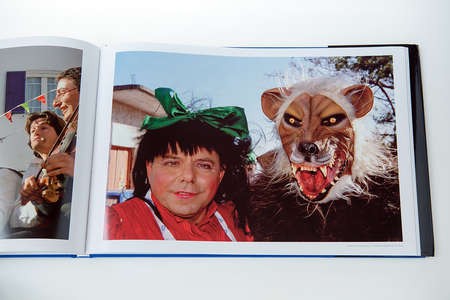 Kristina, displaying and selling some of the prints from the book in 2008