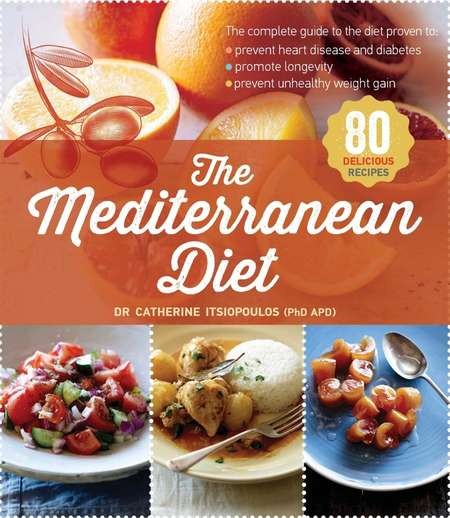 A wealth of good health

Stick to the periphery of the supermarket and you will find all you need to embrace the Mediterranean diet, as Carla Grossetti writes.

Taste of the Mediterranean

None of the ingredients featured in Dr Catherine Itsiopoulos's The Mediterranean Diet have scary chemical names or need numeric identification.

Instead, the core components of the Mediterranean diet are olive oil, leafy greens, eggs, fruit and nuts, legumes, fermented dairy products, seafood, a small amount of red meat and a minuscule amount of sugar.

As head of the department and associate professor in dietetics and human nutrition at LaTrobe University, Itsiopoulos's book, published in August, is a happy nod to both her Greek heritage and more than two decades of dedicated research into the Mediterranean diet.

Dr Catherine Itsiopoulos is dedicated to the Mediterranean diet:

"Most of the recipes used in the book were provided by either my mum or my mum-in-law," says Itsiopoulos, who, as well as being a passionate home cook, has more than 25 years of clinical and academic nutrition experience.

"I've grown up on this diet but it wasn't until I graduated from dietetics that I looked at this way of eating from a research perspective. Research conducted over the past 60 years has proven the diet can promote weight loss, aid cancer recovery, slow Alzheimer's, prevent diabetes, heart disease and promote longevity," says Itsiopoulos, whose parents migrated to Australia from Greece in the 1960s.

Itsiopoulos who, at 170cm, has weighed between 58 and 62 kilograms all her adult life and has a BMI of 21, is a walking advertisement for the diet.

The 50-year-old believes it's the ubiquitous olive oil that makes the Mediterranean diet more satisfying than a low-fat diet and therefore easier to adhere to. As well as a traditional menu, there is a weight-loss menu with a daily kilojoule intake of 7000 kilojoules (which includes dishes high in fibre, vitamin C and folate and low in kilojoules) and a healthy menu for chronic disease prevention.

"People do not eat excess calories on this diet because that drizzle of extra virgin olive oil makes it so satisfying. It's a lifestyle diet. Yes, it works because it's palatable but it also works because it encourages you to slow down and eat in a social environment. It's not a quick fix. It's a way of life," she says.

The April edition reported the results of the study, which surveyed 7447 people aged 55 to 80 - some of whom were at high cardiovascular risk - over 4.8 years:

While Itsiopoulos concedes many people living in the countries that surround the Mediterranean have moved away from healthy eating patterns, her own research was based on the traditional timeworn peasant-style diet. Her major research interest lies in the positive effects of this diet in a society that faces a rising incidence of lifestyle-related diseases.

"The diet that is the most-often prescribed diet in the world and the one that is most often quoted in scientific studies is the Cretan-Mediterranean diet that originated from the island of Crete following World War II. Research has found that people eating this diet had almost no traces of heart disease," says Itsiopoulos, who lives in the Melbourne suburb of Moonee Ponds with her Greek-Australian husband Savvas Koutsis and teenage daughters Tiana and Vivienne.

Itsiopoulos says research backed by science has also shown that, despite being high in fat, the Mediterranean diet - which was heritage-listed by UNESCO in 2010 - uses olive oil rather than butter, which does not necessarily lead to weight gain.

"The one key ingredient that binds all the diets of the Mediterranean is olive oil, which is well known for its role in the prevention of heart disease.

''There's also less meat, more veg," says Itsiopoulos, whose findings have been published in journals such as Nutrition, Metabolism and Cardiovascular Diseases and the Journal of Hepatology.

"Although the diet is high in fat, it's also high in fibre, with almost a kilogram of fresh fruit and vegetables per day, small portions of lean meat, a regular intake of fish and snacks of dried fruit, nuts and yoghurt," she says.

Traditional Greek-Mediterranean recipes featured in the book include: favas santorinis (split pea dip), keftedakia (little meatballs), dolmathakia (vegetarian-stuffed vineleaves) and fassoulada (white bean soup). Itsiopoulous has also modified many of the heavier mains, such as moussaka, to feature grilled vegetables over meat as the "heroes of the dish".

"Making eating a pleasure is one of the cornerstones of the diet. You don't feel like you are missing out," she says. 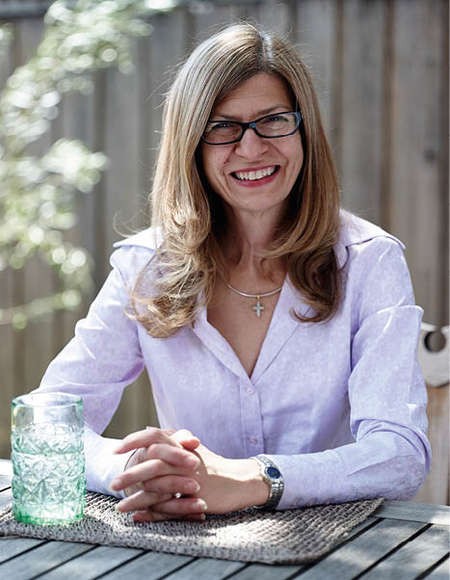 Catherine Itsiopoulos is the Head of Department and Associate Professor in Dietetics and Human Nutrition at LaTrobe University. Catherine has more than 25 years of clinical, academic and project management experience. Recent positions Catherine has held include Associate Professor and Head of Discipline Nutrition and Dietetics at the University of Canberra, Accreditation, Recognition and Education Services Manager with the Dieticians' Association of Australia and Fellow of the Centre of Clinical Research Excellence in Clinical Science in Diabetes at the University of Melbourne.