Sometimes the clouds and stars, silently know more than us mortals. The passing of the enigmatic Panayiotis (Peter) Magonezos seems surreal to all, both on Kythera and in Australia.   Born on Kythera, on the 23rd April 1957, he was the eldest of 3 children, born to George and Vassiliki. Panayiotis passion was the restoration and renovation of old buildings, his vision of renewing the old can be witnessed as you drive through the winding roads of Aroniadika. Indeed, he did over a hundred such projects on Kythera. Panayiotis met his beloved Australian-born Susan while she was holidaying in 1981. Panayiotis later came to Australia in 1983 and they were married at St David’s at Boggabilla. Sydney's Lugarno was home for 5 years before Panayiotis, Susan and family, which by then included George and Mario, returned to Kythera where their youngest son Allan was born. There guest house Rouga, still stands as a testament to his passion. Due to the state of the Greek economy Panayiotis building work began to dry up, so he moved into hospitality.

It was a great fit as Panayiotis was a real people person. In 2012 the family returned to Australia, living for a time in Queensland before settling in Sydney. Several months ago Panayioti, Susan and the family purchased the business at Avalon. Peter was an avid fisherman, he was passionate about music and played the harmonica, and considered himself to be a master of backgammon. Panayiotis had a great sense of humour and was a friendly, popular man. Above all, Panayiotis had a huge heart… He was kind and generous and would help out anyone in need, who saw the magic in everyone and everything. Kythera Summer Edition team send their condolences to his wife Susan and his sons George, Marios and Allan, his parents Vassiliki and George, his siblings Toula and Manolis and his nieces and nephews. 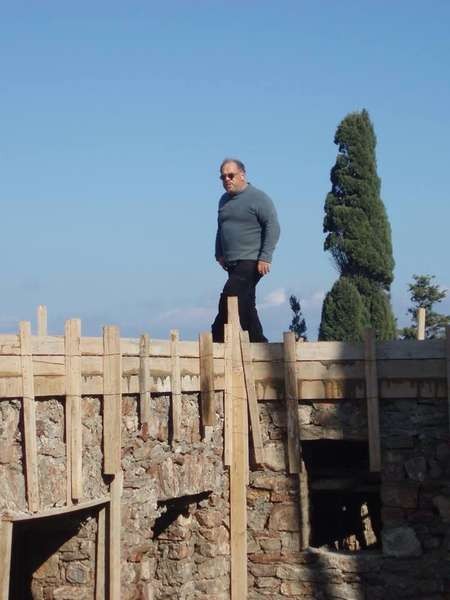