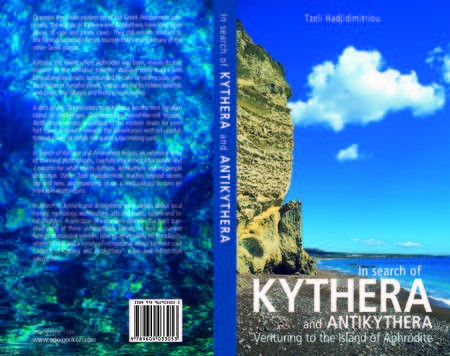 Photograph: The double bay of Kapsali, page 227 of - In Search of Kythera and Antikythera. Venturing to the island of Aphrodite.

With one of the largest Kytherian populations living in Sydney, the small Greek island has seen a steady flow of Australian tourists visiting its shores

The tiny island offers all the best of the Greek islands without the tourist traffic.

It's rare to find a Greek island that has the beauty of Santorini and the peacefulness of Paros, without the tourists.

Kythera has that luxury. Off the coast of the Peloponnese, the small island of about 4,000 locals caters to something quite rare in the rest of the Greek island tourism trade. It's primarily visited by Australians.

Thanks to the thousands of Kytherians that came in the first wave of migration to Australia in the early 20th century, the little island has been catering to the many Greek Australians of Kytherian decent looking to learn more about their ancestry.

It is estimated that there are at least 60,000 people of Kytherian descent living in Australia and the Kytherian community of Sydney is one of the oldest communities in Australia.

The unique migration story of the Kytherians doesn't fit into the stereotypical migration wave of the '50s and '60s who were fleeing post-war Greece.

Rather, the island's small size facilitated the move.

"Kythera is a small island and it couldn't sustain the population," he tells Neos Kosmos.

"It's not the most fertile island, you've got a permanent population of somewhere between 3,500 to 4,000.

"At the height of the migration wave there would have been about 10,000 on the island."

When America tightened its borders in the late 19th century, many decided instead to settle in Sydney and Brisbane.

That's why many Australians of Kytherian background are second and third generation Greeks. That ancestral connection is what brings many of them back to the idyllic island without tipping off the tourists.

Located off the southern coast of the Peloponnese, legend has it the goddess Aphrodite was born off Kythera's shores. The location is fitting, with waterfalls and natural springs, terraced olive groves, hidden caves and sandy, pebbly beaches.

Quite unique to other Greek islands is Kythera's worldly influence by different cultures. Thanks to years of influence by the Byzantine Empire and visits from the Venetians and the British, the island's architecture is a confusing parade of the old and the foreign.

"There are schools with Gothic architecture, you turn the corner and there's a Venetian castle," says Mr Vardas.

But still the island remains relatively untouched by tourists. You do see the odd German or Scandinavian old couple on the walking trails, but with a lack of flights to the island and infrequent ferries, the island remains a hidden treasure for those who seek it out.

'In search of Kythera and Antikythera: Venturing to the Island of Aphrodite' is a new travel guide, compiled by acclaimed photographer and writer Tzeli Hatzidimitriou, that hopes to inform more on the island's hidden gems.

The book, which is about to be released in English for Australian audiences, tells the story of Kythera through vivid photography and gives details about local history, mythology, architecture, arts and crafts, cuisine and local lifestyles.

"It's almost like a Lonely Planet guide for Kythera," says Mr Vardas.

The community is hoping to use the book to promote the island to Greek Australians and was a major contributor to the English edition of the book.

Author Tzeli Hatzidimitriou spent years documenting the island through photos and created the book to show the world a forgotten side of Greece.

The book was launched today, Wednesday May 15 at a special luncheon hosted by the Kytherian Association of Australia, at George's Mediterranean Bar & Grill, The Promenade (10 Lime Street) King Street Wharf, NSW. 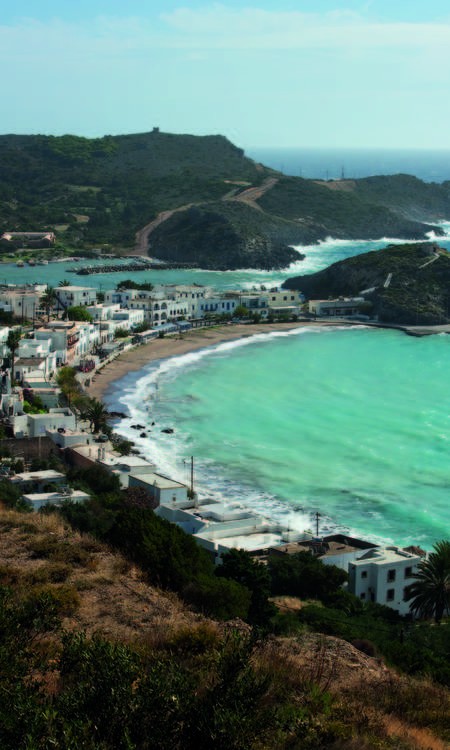 HOW TO ORDER THE BOOK: In Search of Kythera and Antikythera. Venturing to the island of Aphrodite.

In Europe, Available from:

It will also be available in all the book shops on the island of Kythera, during the 2013 summer season.

In Australia & Asia Pacific: (From June 30, 2013, but you can place a forward order, because they WILL sell out)