The Milk Bar by Eamon Donnelly. 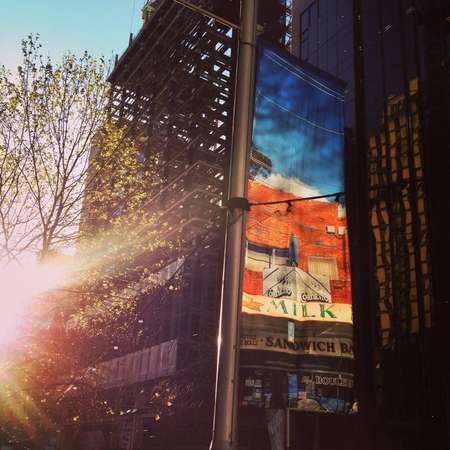 produced by City of Sydney

If artist Eamon Donnelly had a pocket full of change, he’d take a trip back in time to the local milk bar and spend up big on cobbers, musk sticks and bananas…..

Passiona™, a mixed bag of lollies and a bottle of milk – remember when most suburban homes had a milk bar within walking distance? This much-loved local hub tells the story of an Australia built on immigration, small family businesses and neighbourhood communities. Art & About Sydney is bringing the milk bar back, with Eamon Donnelly’s photography images of this faded icon flying through our city streets on banners during September and October.

Eamon Donnelly is an internationally acclaimed and award winning artist and illustrator who has worked for some of the world’s most recognisable publications and brands. For over a decade Donnelly has been photographing the Australian Milk Bar, meticulously documenting this endangered part of Australian culture before it disappears from the suburban landscape. He is also the founder of The Island Continent, an online treasure trove of Australian art, design, nostalgia and popular culture.

The Banner Gallery at World Square