ARTIFACT
The works exhibited here are inspired by the material culture of the people who have lived on Kythera. An artifact is defined as an object made by a human being. It is an object made for use in context of human activity and therefore is an expression of the culture of the people who made and used it. I made these works at different times over more than forty years, so the exhibition is a retrospective focused on material things found or located on Kythera.
The cement frescos are of Minoan pottery excavated from Paliopolis and they are what one usually thinks of as an artifact. The paintings of old tools are equally artifacts, without being ancient. Excavated from places where they had been lost, finding them reveals a clue to some past human activity. I have broadened my interpretation of an artifact to include architectural ruins because, while the scale is larger, to me, they convey the same sense of material remains from past use. 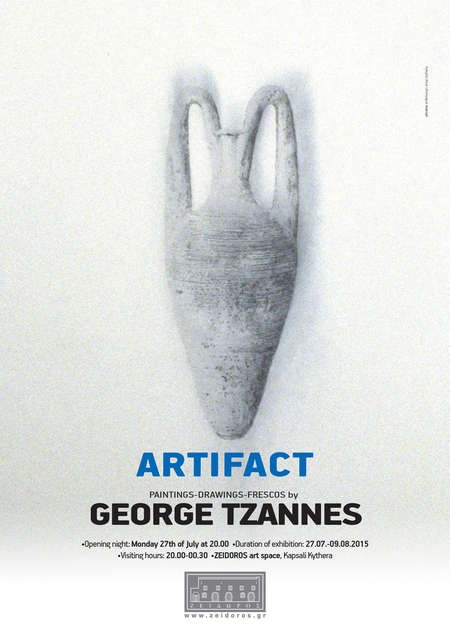