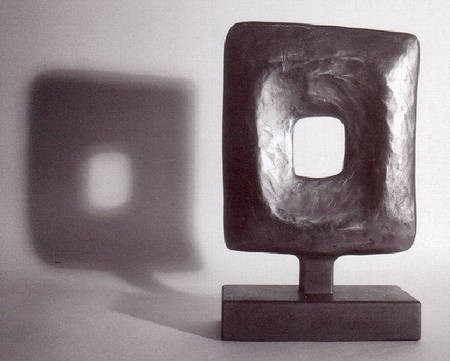 A year has passed since I wrote my first article/interview at the invitation of the Editor of O KOSMOS, Mr George Tserdanis.

The purpose of my journalistic contribution is to introduce readers to artists of Greek origin; and when I say artists, I mean the men and women who have excelled, or are excelling in the arts or the cultural life of Australia, whether it is the visual arts, dance, music, or even dress making.

Today I have the honour of introducing to you a SUPERSTAR. Marea Gazzard is an artist and administrator with an international reputation. We met for the first time on a Saturday afternoon at an art exhibition and we cliqued. I wonder if it was our mutual Greek heritage that did the trick or my admiration of her personality and presence!

Marea’s father, Charalambos Ploumedis (he changed his name to Harry Medis) migrated to Brisbane from the island of Antikythera in 1920. He married Christina Rudkin, a lass of English and Scottish descent and Marea was born in 1928 when her parents moved to Surry Hills.

It was uncommon in those days for a Greek to marry a foreigner and Harry’s choice demonstrates a strong and independent personality, qualities inherited by his daughter.

The young Marea was observant, watching and learning as she grew. Another natural strength was her interest in people, having the power to mix. She was intrigued by and fraternised with her neighbours who were Chinese, Russian and an aboriginal family who lived next door.

In 1938 the family moved to Coffs Harbour and this was her opportunity to appreciate nature, the landscape and the environment.

Marea’s personality was forming and developing and probably the greatest influence on her so far was generated through her friendship with the daughter of a European family. Unlike the circle she was used to, these migrants were more cultured and sophisticated and they were interested in things like books and collecting paintings.

To a girl with open eyes and a receptive mind the realisation of the existence of other traditions and practices inspired her desire to learn and to broaden her horizons. Her interest in the arts and cultural activities had become part of her developing persona.

MAREA THE POTTER AND ACTIVIST

In1950 she married Donald Gazzard and they became political activists in support of civil and intellectual freedom when the Menzies Government wanted to outlaw the Communist Party.

Her interest in the feel and substance of clay developed when she enrolled in the pottery class at the National Art School in Darlinghurst.

It was in London however where she went for further studies that she saw for the first time Egyptian pots and works from the Greek Geometric and Cycladic periods on exhibition at the British Museum and she was stunned.

By this time she knew there was a fine line dividing art and craft and became convinced that the time had come for pottery to be recognised an art form. In a lecture at the Contemporary Art Society titled “Clay” she made a plea for the breakdown of the barriers that separated potters, sculptors and painters. Clay, she argued, could be sculpted as it had been in the past.

Marea became a force in the promotion of crafts and was the inaugural President of the Crafts Council of Australia in 1971, and Chair of the Crafts Board of the Australia Council in 1973.

In 1979 she was awarded the OAM in the Order of Australia for her services to the crafts and in 1980 she was the first elected President of the World Crafts Council in New York, USA. In 1982 she was appointed a member of the Australian National Commission of UNESCO.

It would have seemed that with such an impressive record there were no other pinnacles for Marea to scale. She was a potter of distinction, an Australian Ambassador of the Crafts, an activist, a traveller and a mother of two, a boy and a girl. And yet – she was destined for more triumphs.

In 1984 she was asked by the architect Romaldo Gieurgola to submit ideas for a sculpture for the Executive Court of the Federal Parliament House, Canberra. Her sculpture Mingarri: The Little Olgas are now a permanent feature.

Then, in 2004 the mayor of Amaroussion commissioned 20 sculptors from around the world to make works for a permanent “international Olympic Park of Ceramic Sculpture”. Marea represented Sydney, and her work now stands in Maroussi.

In November last year I drove to Canberra for the opening of the exhibition TRANSFORMATIONS – The Language of Craft.

That was an international exhibition of amazing masterpieces created by artists who are in complete command of their materials.

Such a display may not have happened here if it wasn’t for the efforts of people like Marea Gazzard and I decided to ask her for a brief interview.

J.A. Have you seen the exhibition in Canberra and what are your impressions?

M.G. Yes I was excited by many of the works in TRANSFORMATIONS – especially as I know many of the artists, both Australian and international.

J.A. You are a senior artist and you were a senior administrator. Which of these activities did you find the most rewarding?

M.G. Well, being a sculptor is my profession. My concern and involvement in promoting the arts and crafts has been to enrich the Australian cultural environment. Also, to ensure that hand skills are not lost in our technological age. This is a world wide problem which concerns UNESCO.

J.A. Do you have any regrets about your achievements and what goals have eluded you?

M.G. No regrets! I am privileged to have exhibitions with a superb gallery in Sydney and to have important commissions in Canberra, Adelaide and now Greece. I hope these continue.

J.A. What achievements are you most proud of, firstly as an artist and then as an administrator?

M.G. Undoubtedly having a major work, a group of five bronze pieces where the Prime Minister of Australia will see them every day, as well as V.I.P. guests to this country. As an administrator, to have UNESCO at Mexico’s cultural conference acknowledge the importance of craftsmen around the world was a proud time, as crafts form the income of many millions.

J.A. It has been observed that the ethnic groups in Australia are not great supporters of the arts. As an administrator who has faced many thorny issues do you have a point of view?

M.G. This seems to be the situation. However, James, you are the perfect art patron. Maybe you have set an example to others?

J.A. You are interested in the welfare of Aborigines. Do you agree with me that the recent interest in aboriginal art is going to be of great assistance to integration?

M.G. I think that the general public’s perception is changing towards respect for our indigenous people. This is partly due to funding by the Australia Council for the Arts. The result has been the flowering of dancers (like Bangarra Dance Theatre), writers and painters. I greatly admire aboriginal artists, and I hope this all leads to a better life for all aborigines.

J.A. From your visits to Greece do you see the art scene there developing in concert with modern trends or is it lacking?

M.G. I think the opening and closing ceremonies of the Athens Olympics was overwhelming and showed that Greece is very much in charge of modern technology.

J.A. If the Greek soccer team was playing against the Socceroos, which side would you barrack for?

M.G. I think I’d find myself barracking for both sides. Anyway, there would be some Greeks in the Australian team for sure.

J.A. To avoid seeing scenes of public unrest like the ones we saw in France last year, and here in Australia in Cronulla and Maroubra, in your experience as an administrator do you have suggestions for successful integration?

M.G. It seems to me that most social problems everywhere stem from poverty and unemployment. Only through education and opportunity can respect for each other be gained.

J.A. The French recognise their support of the arts by awarding the medal Chevalier des Arts et des Lettres. Don’t you think it is about time the Greeks adopt a similar attitude towards people like yourself who have excelled in the arts?

M.G. I am not familiar with Greek awards but I support all moves to acknowledge excellence in the arts. And, of course, practical financial help for artists.

J.A. You have recently had a successful exhibition at Christopher Hodges’ Utopia Art Gallery in the 2 Danks Street, Waterloo gallery complex. I believe the National Gallery of Australia has bought another work from that exhibition. Is that so, and when can we expect your next exhibition?

M.G. I believe the National Gallery of Australia have acquired a work from my recent exhibition. About my next show – I just keep working and my gallery, Utopia Art Sydney, will plan the next exhibition when the time seems right.

I would enjoy your feedback, comments and suggestions: