We'll be richer if our last cheque bounces 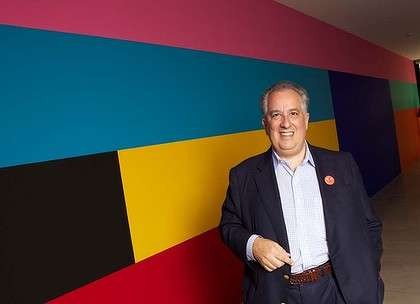 This article underlines the importance of BENEFACTION, for the viability of Museums and Galleries. In this case the Museum is the world famous Museum of Contemporary Art, located in The Rocks / Circular Quay, Sydney.

The 19th-century American steel baron Andrew Carnegie said: ''The man who dies rich dies disgraced.'' It might become a fitting epitaph for Simon Mordant, the Sydney financier and leading philanthropist who plans to take none of his fortune with him.

Mr Mordant is rich. He is a multi-millionaire. But he does not plan to die that way.

''I hope my last cheque bounces,'' he told The Sun-Herald. ''I want to die with nothing.''

So Mr Mordant plans to give it all away before he dies. And he has made a good start. He and his wife, Catriona, gave $15 million to the Museum of Contemporary Art two years ago, rescuing the gallery's long-delayed plans to redevelop the 1940s former Maritime Services building at Circular Quay. The Mordants' generosity was instrumental in pushing the federal and NSW governments to each contribute $13 million to the $53 million MCA extension, or Mordant Wing, which opened on Thursday and attracted big crowds yesterday.

Mr Mordant, 52, wants to encourage other rich Australians to start giving more of their wealth to charities and philanthropic causes. The MCA chairman is disturbed by research that suggests 40 per cent of Australians earning more than $1 million a year give nothing to charity.

''That is an appalling statistic,'' he said. ''I hope over the next short while, and I really mean short while, the culture starts to change. Wealthy Australians need to start giving more.''

Mr Mordant is equally determined on the question of bequeathing wealth. ''My wife and I don't believe in inheritance,'' he said. Their 21-year-old son, Angus, a photographer, ''understands what our philosophy is and he respects our view''.

''We're hoping that his passion and ambition will lead to his own successes. We're putting back into the community while we're alive and the success of our endeavours will be measured by whether our last cheque bounces.''

Only six in 10 of the wealthiest Australians give money to charity and philanthropic causes, according to a 2008 report by researchers at the Australian Centre of Philanthropy and Nonprofit Studies at the Queensland University of Technology.

''Given the propensity of this group to benefit from professional tax advisers and utilise the tax system, some 40 per cent are likely to be engaged in minimal - if any - giving,'' the report said.

Mordant, the co-chief executive of corporate advisory firm Greenhill Caliburn, is among a small but growing chorus of wealthy individuals make this call. The 2011 Australian of the Year and investment banker Simon McKeon says the lack of generous giving by Australia's richest individuals is ''the elephant in the room''. Last year, the millionaire entrepreneur Dick Smith threatened to name and shame the selfish rich who aren't giving back to their community. However, he told The Sun-Herald his campaign had not had much effect. ''It makes me sick to 'out' people,'' Mr Smith said. ''I don't like it. But I see it as an obligation. If you've done well, it's only because of the social capital of this country.

''It's beyond comprehension to me how someone could be worth $100 million or even a billion dollars and not be delighted to give at least 10 per cent of their income away.''

Mr Smith has previously said that he and his wife, Pip Smith, donate about $1 million or more a year. He told The Sun-Herald that he too hoped to give away all of his money before he died. Asked what his children thought of this, he responded: ''Well, they haven't disowned me.''

Wealthy Americans were considered social pariahs if they did not give generously, Mr Smith said.

The billionaire investor Warren Buffett has pledged to donate 99 per cent of his net worth, while Bill and Melinda Gates are giving away 95 per cent. Mr Buffett and the Gateses have challenged America's other billionaires to give half of their welath to charity. According to Mr Buffett, ''a very rich person should leave his kids enough to do anything, but not enough to do nothing''.

The Mordants' wealth is not in the same league as Mr Buffett's. Mr Mordant, one of three founders of the Caliburn Partnership, shared a third of $200 million when the US boutique investment bank Greenhill & Co bought their independent advisory firm M&A.

Australia topped the 2010 World Giving Index of 153 countries in terms of people's willingness to give money, and was third-most generous last year. Mr Mordant said the millions donated to tsunami, bushfire and flood victims showed Australians as a whole were ''extremely generous''. But the wealthy were not giving enough.

''I'm very passionate to see wealthy people in Australia, and there are a lot, start to give back to the community,'' Mr Mordant said. ''I don't have a view about what people should give back, but a great deal of wealth has been created in Australia, particularly over the last 20 years.''

That assessment is supported by a senior researcher at the Australian Centre of Philanthropy and Nonprofit Studies, Wendy Scaife. However, Dr Scaife cautions against demonising rich Australians who are not yet involved in philanthropy.

''Giving should be voluntary and joyful, and people may not have been asked in the right way by the right person for the right cause that is important to them.''

The former Microsoft executive Daniel Petre was less forgiving when he told The Sydney Morning Herald last year: ''Our wealthy in Australia are morally bankrupt. Generally speaking, they don't see a moral obligation to give generously to the society in which they've built their wealth.''

An analysis in Harold Mitchell's review of private sector support for the arts, by the social researcher Hugh Mackay, supports the view that wealthy Australians are tight. Mr Mackay said the ''ultra-rich'', earning more than $1 million a year, gave less than 2 per cent of their income to charity, compared with a global average of 10 per cent. ''The explosion in high earnings over the past 25 years means the nouveau riche have appeared in large numbers, often behaving as newly wealthy people typically do - wallowing in a sense of entitlement, being self-indulgent, being reluctant to help those less fortunate then they … and being inclined to equate wealth with worth.''

Mr Mordant is Australia's commissioner for the 2013 Venice Biennale and sits on the boards of the Sydney Theatre Company and the Garvan Research Foundation. He applauds the Mitchell review for suggesting ways to make philanthropy easier, including tax benefits for cash gifts in a will and reducing red tape in the Cultural Gifts program.

But he said: ''Governments have generally done terrific things to facilitate an effective giving environment. The key thing is the culture needs to change and people need to feel a sense of social responsibility.''

Apart from the MCA, the Mordants have given to Beyond Empathy, which runs arts programs for disadvantaged youth. Mr Mordant was made a Member of the Order of Australia in this year's Australia Day honours for service to the arts and to the cultural environment.

''We believe strongly in the arts and get a great deal of pleasure in trying to effect change in areas we are passionate about,'' he said.

Has given away $28 billion, with a focus on eradicating polio, developing a malaria vaccine and preventing meningitis, pneumonia and diarrhoea in developing countries. In 2009, Gates and Warren Buffett challenged America's billionaires to pledge at least 50 per cent of their net worth to charity during their lifetime or death.

''Is the rich world aware of how 4 billion of the 6 billion live? If we were aware, we would want to help out, we'd want to get involved.''

Has pledged to give more than 99 per cent of his wealth to charity.

''The reaction of my family and me to our extraordinary good fortune is not guilt, but rather gratitude. Were we to use more than 1 per cent of my claim cheques on ourselves, neither our happiness nor our wellbeing would be enhanced. In contrast, that remaining 99 per cent can have a huge effect on the health and welfare of others.''

The Oracle founder started the Ellison Medical Foundation in 1997 for biomedical research. In 2010 he donated $45.1 million.

''I have long believed that charitable giving is a personal and private matter. So why am I going public now? Warren Buffett … said I would be 'setting an example' and 'influencing others' to give. I hope he's right.''

The founder of Bloomberg LP and mayor of New York City has given more than $100 million annually since 2004 to nearly 1000 not-for-profit groups.

''The reality of great wealth is that you can't spend it and you can't take it with you. Making a difference in people's lives - and seeing it with your own eyes - is perhaps the most satisfying thing you'll ever do. If you want to fully enjoy life - give.''

Rockefeller gives to institutions linked to his family. Beneficiaries have included New York's Museum of Modern Art (which his parents helped establish), Rockefeller University, Harvard University, the Americas Society and the Council on Foreign Relations.

''Our family continues to be united in the belief that those who have benefited the most from our nation's economic system have a special responsibility to give back to our society in meaningful ways.''