Program for an Exhibition of Sculpture Emmanuel Cavacos sculptures, Baltimore, 1930 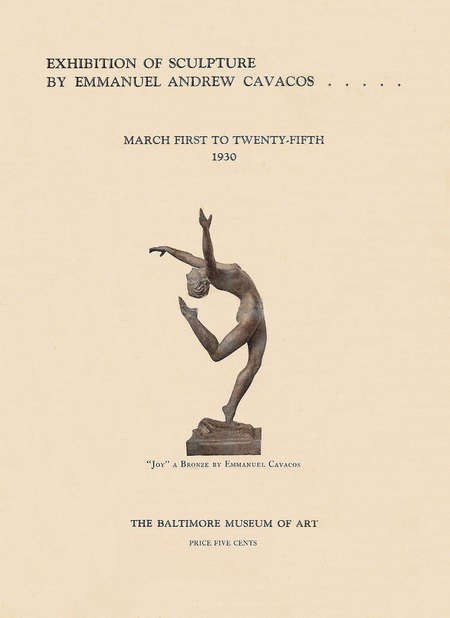