Open Seminar: Anzacs and the Salonika Campaign of 1915 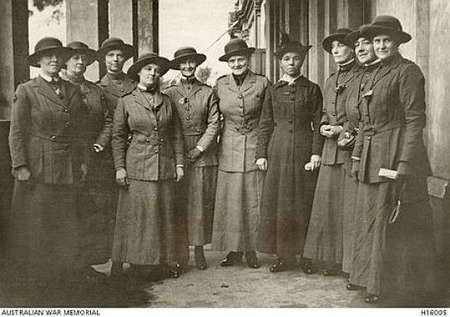 NOTE: This lecture will take place at the Greek Centre

Australia's preoccupation with Gallipoli has created a distorted narrative of the Great War and Australia's contribution to it.

There is limited understanding of the role played by the Salonika campaign in allied war strategy or the behaviour of Greece and its army in the conduct of the campaign. Over four hundred and fifty Australian men and women served in a variety of capacities in northern Greece between 1914 to 1918, yet little is known about their experiences in the Macedonian theatre of war.

Australian women in particular played a significant part in the conflict with over 360 serving in British army hospitals near Salonika and on the island of Lemnos.

As Australian troops were embedded in British units, nothing has been written thus far about their war experience in the malaria infested marshes of northern Greece.

In this lecture, Dr Maria Hill will be discussing what her research in Australia, Britain and Greece, has revealed about the nature of the campaign.

Dr Maria Hill - President of the Society of Women Writers NSW, is a professional historian with expertise in military history, particularly the Greek and Crete campaigns of 1941.

She has an Honours, Masters and PhD in History from the University of New South Wales and is the first Australian historian of Greek descent to write about these campaigns. Her book, Diggers and Greeks: The Australian Campaigns in Greece and Crete was short-listed in 2010 for the Queensland Premier's Literary Awards.

She is the author of an award winning history teaching publication, Federation: Inclusion and Exclusion for the NSW Department of Education and training that earned her a State and a National Discovery Democracy Award as well as a Commonwealth Centenary Medal for her contribution to education.

Formerly, a Visiting fellow at ADFA, a judge of the NSW Premier's History Prize, Guest speaker and Workshop presenter at the Brisbane Writers Festival and Managing Editor of the Journal of Policing, Intelligence and Counter Terrorism at Macquarie University.

Currently she is conducting research for a new book on the Anzacs in Salonika 1915-1918.

Our sincere thanks to: Tony Tsourdalakis and Jim Kalodimos for sponsoring this seminar.
During the course of the year considerable expenses are incurred in staging the seminars. In order to mitigate these costs individuals or organisations are invited to sponsor a lecture of their choice.

You too can sponsor one or more seminars and (optionally) let your name or brand be known as a patron of culture to our members, visitors and followers, as well as the broader artistic and cultural community of Melbourne.