Death of Aphrodite. (Bouras family matriarch, not the Goddess). Insights into the Greek rural psycho-sociology. 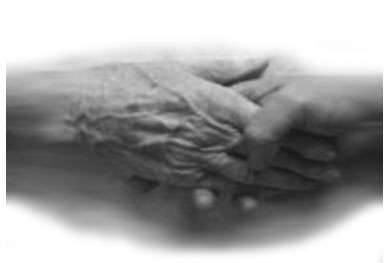 Gillian Bouras was born in Melbourne in 1945. She worked as a teacher in Australia before moving to Greece with her husband and children in 1980.

Her first book about this experience, A Foreign Wife, was published in 1986, and this was followed by A Fair Exchange in 1991. Aphrodite and the Others, published in 1994, won a New South Wales State Literary Award in the same year, and in 1995 was shortlisted for the UK Fawcett Book Prize. A Stranger Here was published in 1996. Her latest work is Starting Again, 1999.

In addition to her published books, Bouras has contributed short stories and articles to newspapers and journals, presented papers at conferences and participated in literary events. See, for example, "Peloponnesian diary (Life in Greece from an Australian point of view)", Overland, 102, April, 1986.

In 1981 she completed her thesis on the life of her grandfather for a Master of Education entitled School teacher in Victoria: the biography of Arthur John Hicks. She has also worked with the Council of Adult Education (CAE) in Melbourne, preparing discussion notes for CAE book groups.

Bouras divides her time between London and Greece.

To view the contents of her collected papers in repository at the National Library in Canberra, go to:

[As a "öutsider" looking in, Bouras provides us with a penetrating analysis of Greek village society - and the type of characters that go to making up such a society.
Her analysis of her "pethera" in Aphrodite and the Others is very acute and very profound. She is every Kytherians own "yia-yia".

The insights that emerge from her work take us not only very close to the "core" of the small village on the Peleponnese where she lives - but into the psychological centre of the "village culture" of Kythera as well. - GCP]

Miscelleneous Award
Shortlisted - 1995 for Aphrodite & The Others

[Towards the end of Aphrodite and the Others; in relaying the circumstances of the death of Aphrodite, Bouras captures beautifully two aspects of rural Greek (and hence, Kytherian) life.

A deep-seated resignation in response to the overwhelming forces of nature.

An an acceptance of brutal reality of life...and death.]

For more information on Gillian Bouras see other entries at kythera-family pertaining to her literary career, by utilising the internal search engine.

The Kytherian Society of California (KSOCA) Is pleased to invite you to attend our Global Kytherian "ZOOM" III on March 20/21, 2021...

Interviewed by Joshua Kepreotis   After being fed spanakopita and tiropitakia, dipping Karavas’ famous paximathia into Greek coffee and then...

Hi fellow Kytherians, I am a Kytherian (1/2 Dutch) who has never been to Greece but strongly feels the pull...

Thank you to the Kytherian community for supplying me with the name of the father of my...

The Kytherian Society of California is pleased to invite you to participate in our 2nd GLOBAL ZOOM! We are delighted...

Thank you for your reply and details. Appreciate you taking the time to supply this information. Thank...