submitted by Kytherian Biographies Project on 23.02.2015

Jim Corones anecdote, mentioned in a speech in the Queensland Parliament 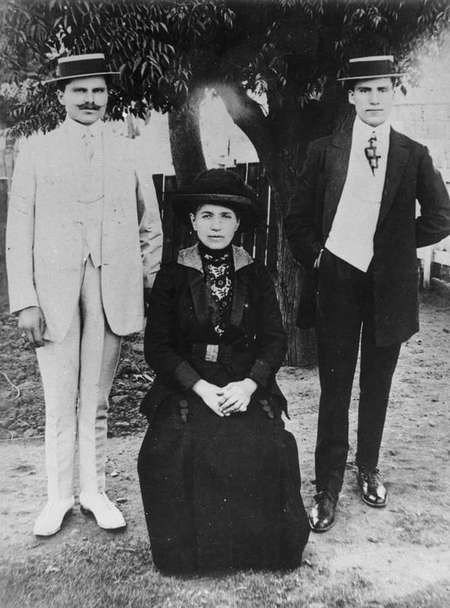 Gregory is a vast electorate of approximately 430 000 square kilometres enveloping 12 local authorities that reflect the vast size of the electorate itself. Firstly, I mention my home town of Quilpie, which is almost 1 000 kilometres west of Brisbane and at the end of the great western railway line. It is the gateway to the channel country and home of the famous Quilpie boulder opal, which was made famous largely by the efforts of the late Des Burton, who was a legend in the opal-mining industry in western Queensland.

Quilpie has a population of approximately 740 who are typical of true western people, as is the case with all the people in the Gregory electorate. Quilpie has some famous families. The descendants of pioneers live in the district today, namely the Tully, Watts, Pegler, Hall, Wade, Costello, Richardson, Hansen and D'Hennin families, as well as my good friends the Gibsons.

I must mention three late identities of Quilpie: Jimmy and Harry Corones, who built the hotels there in about 1916 and, last but not least, the late Len McManus, who was the local store-keeper and whose business is carried on today by his daughter and son-in-law. They were true examples of western characters and are a very important part of the town's history.

With due respect to you, Mr Deputy Speaker, I will now relate a story. The Corones family is a legend in the west. No doubt honourable members have heard of them. The late Jimmy Corones is no exception. One day, somebody said to Jimmy, "How many £10 notes are in a 44-gallon drum, Jimmy?" He said, "Ah, I don't know, boy; he's not full yet." That story is a reflection of some of the people who live in the west. The Gregory electorate is full of colourful characters, including many bush larrikins, and much bush folklore. Those characters are all fair dinkum and true blue.

Quilpie boasts many sporting bodies and a bowls club of which the town is proud. I must mention the Catholic convent run by the Sisters of St Joseph, who are to be commended for the courage they have shown and the love they have extended to many children since 1950. I am proud to say that I was a member of that school from 1955 to 1957. In recent times, my children have attended the school. I also mention the Marist Brothers, with whom I finished my education at St Joseph's College at Hunters Hill in Sydney. I am proud to be a past student of that great college. I offer them my thanks.

Photograph: When first arriving as immigrants from Kythira, Greece, Harry Corones bought a cafe in Charleville. Harry and Jim were to become two of Queensland's foremost hoteliers. They were foundation shareholders of the fledgling Qantas airlines. By 1929, the first class Corones Hotel in Charleville by Harry. Many celebrity guests visited the hotel including the Duke and Duchess of Gloucester, Charles Kingsford Smith and Amy Johnston. Jim settled in Quilpie, also in Western Queensland. (Information taken from Corones. V, Harry Corones and Quilpie, 2004)