People > Life Stories > The tragedy and the trilogy

submitted by Australian Financial Review on 06.12.2011

The tragedy and the trilogy 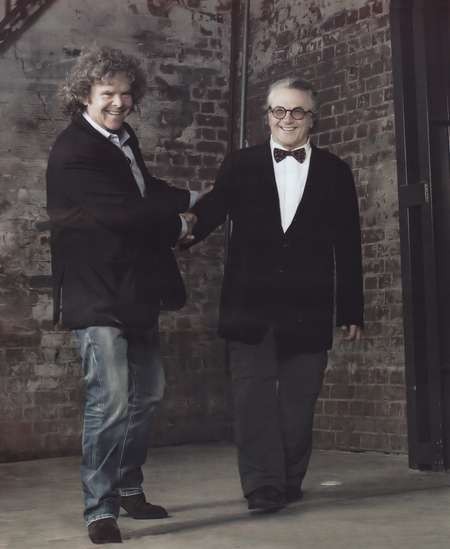 
It’s a measure of George Miller’s pulling power that his long-time studio Warner Bros has not only persevered with Mad Max 4: Fury Road, but pumped additional millions into a budget, initially reported at $100 million, to allow it to transfer to the Namibian desert, where it will begin shooting in April next year.

So, too, is the fact that Screen Australia has invoked the ‘Gallipoli clause’ – named for the 1981 World War I film that was shot partly on location in Egypt – to allow the film to still qualify as Australian for the purposes of the 40 per cent producer tax rebate that has single-handedly sustained the local film production industry.

Warner Bros gave Fury Road the go-ahead to shoot in Broken Hill in September 2010, 25 years after the last film in the series, Beyond Thunderdome. Then it rained and the desert blossomed. Pictures pinned to the walls of the ‘Fury Road meeting room’ at Miller’s Dr D studio show the desert around the lone pub, familiar from a thousand TV commercials, buried under a coral garden of brilliantly coloured flowers, alongside shots of some of Africa’s more extravagantly weird tribal people and a suite of swirling sunset-coloured sets straight off the side of a 1970s panel van.

“Happy Feet Two was made here because we live here and we want to make our lives here: the last thing we want to do is not make Mad Max here,” says Miller. “I seriously had to think about whether I wanted to disrupt my life and my family’s . . . it still weighs heavily. We were out at Broken Hill with a huge number of massive vehicles – they were built and parked for almost a year there. Some of them are back here, in secret locations not far from here. A full Australian crew picks up and goes there to shoot the desert scenes, and comes back here to do other scenes, then all the post-production and digital work is done here.”

As for the final size of the budget, “it’s confidential but it’s massive”, Doug Mitchell says. “Because the studio has so much money on the table, they did bravely step up their exposure. If you’re talking about a big film, an action film, find a budget that’s big and it’s that.”

So what’s a big budget for an action franchise these days? “If it’s above $100 million it’s a big budget,” says Mitchell. “This is a bigger budget. People have speculated around $200 million [which] I’d neither deny nor confirm. It’s a massive film.”

But not as massive as it may get. If Happy Feet Two fares as well as its predecessor, which took just under $US200 million according to Box Office Mojo, “there’s every expectation Happy Feet Three might be possible,” says Mitchell. That pales beside the potential of Mad Max. Because Miller has, in fact, written a whole new trilogy. “We started with [Fury Road], but we then started to do a second story and a third,” he says. “We’ve written the script for the second and almost finished the third. We never intended to, they were part of the exploration of the characters.”

The punchline is that “they’ll all come back to Australia,” says Mitchell. “So if we can bring a film from a different era alive again, there’s a huge amount of work for a lot of people.”