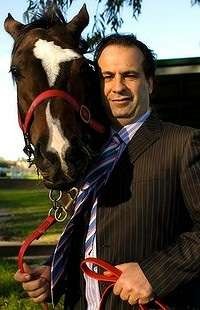 Just days before the Racing NSW releases its strategic plan, chief executive Peter V'landys has had his contract extended for another three years.

V'landys is nothing if not determined, and it seems the racing warrior is headed for another big win, as tax parity from TAB wagering moves closer every day. That would mark the climax of a 10-year crusade for V'landys and Racing NSW, after the matter was signalled in the 2004 strategic plan.

Racing in NSW pays $3.22 in tax on every $100 wagered on the TAB tote markets, as opposed to $1.28 in Victoria. Tax parity would net the industry an annual windfall of at least $70 million.

Should V'landys get that over the line, it would stand alongside his other great wins – the race-fields fight for funds from the corporate bookmakers; the rescue package for the racing industry during equine influenza; and the compensation he secured for racing due to the papal visit to Randwick in 2008. His contract extension would be considered a just reward for his work in once again getting the industry a good deal from government.

"I think there is something in the strategic plan for everyone and it is a guide for the future," Racing NSW chairman John Messara said.

The latest strategic plan, to be released this week, is predicated on receiving the extra funding from tax parity with Victoria and has been critiqued by all elements of the industry. It was due to released under racing legislation and will give the state government an insight into how the extra funds from tax parity would benefit the sport.

The final product is the framework for racing in NSW for the next three years and is more detailed than the draft.

The centrepiece of the tax parity proposal would be a boost in prize money at every level across the state. That would take about 70 per cent of the funds.

Clubs, the jockeys, owners and trainers associations and breeders were among those given a chance to comment on the strategic plan and most were disappointed they were given only a week to submit their thoughts.

"This is the future of racing and we were rushed into giving an opinion. But at least we got an opinion this time," an insider told Fairfax Media. "It would have been nice to have more time to consider it all, but it is good for the industry if we get the tax parity."

The submissions from key stakeholders have resulted in changes and more detail.

"There was no plan B if we didn't get tax parity originally," another insider told Fairfax Media. "It was short on detail as well, but they have listened."

Tax parity would secure the future of The Championships, with $20 million reportedly targeted directly at Sydney racing's showpiece. General prize-money levels would rise between 10 and 36 per cent.

The plan will set out to redress the loss of TAB distribution, particularly in the bush, where country clubs will be given between $6.5 million and $7 million in special grants to share on the basis of the number of meetings the clubs hold.

About $5 million has been set aside to fulfil a long-held V'landys promise to discontinue nomination and acceptation fees. It will mean free racing in general, although black-type races will still have entry fees.

There are concerns the plan doesn't go far enough to help ease the costs associated with racing horses, including track fees and maintenance.

There are provisions in the plan for a quarantine centre, believed to be at a cost of about $3 million and an integrity service at a cost of a couple million dollars.