MICHAEL GEORGE SMITH talks to photographer JAMES PRINEAS about his 1996 exhibition of photographs at the Bondi Pavilion Gallery and the book of that exhibition, A Village On Kythera, (PigPenPress).

"Among the many wonderful photographs to be found in Prineas’ book is one of great old character named George Kastrisios - you couldn’t want for a more archetypal Greek peasant face, wrinkles spreading deep across his face like some road map - who carries the nickname Tarzan.

“In the village of Mitata, and it’s similar in all villages on the island, there are three or four names which predominate. In Mitata, there are about five names altogether. Almost without exception, everyone is either called Prineas, as I am, or Kastrisios, or Sklavos, Haniotis or Protopsaltis, and many are named Nikos or George or Maria, so there might be seven or eight George Prineases, and you have to be able to to distinguish between them. So they have nicknames which they’ve inherited from their great-grandfathers or some character in their family history. Sometimes they’re called The Liar, or sometimes, as in this case Tarzan.

Tarzan apparently got his nickname when he was young. He was quite smal and weak and Tarzan was a popular film hero in those days and George was anything but tall and athletic, so , in the same Australians call redheads "Blue", he was dubbed "Tarzan" and it stuck. And it’s character name that even his children are now referred to as, for example, Andrew Kastrisios is Tarzan’s Andrew - there’s a genetive. So the whole family gets labelled under this nickname.” 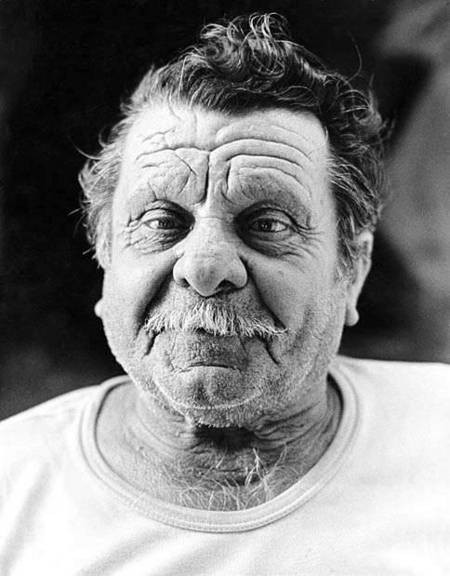