submitted by Kytherian Biographies Project on 21.10.2013 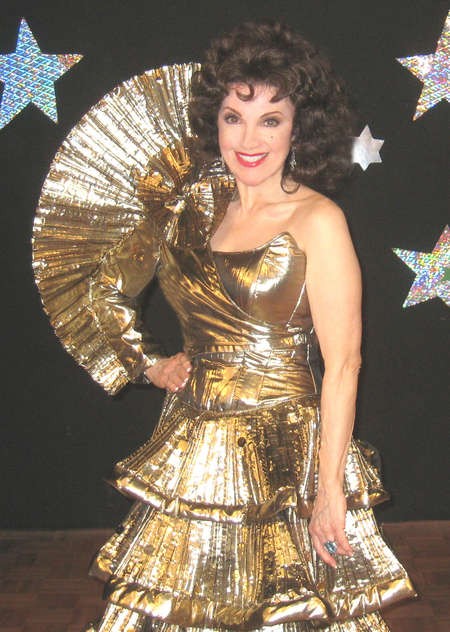 Helen Zerefos is a coloratura soprano of rare charm and beauty whose versatility spans the widest gamut of show business performance. From the stage to television to nightclubs, concerts and recordings, her talents have been applauded and revered.

It is Helen’s wide vocal range that makes this all possible with an extraordinary repertoire of music that is evident in her recordings which encompass material from the technical brilliance of Mozart’s “Alleluja” to the gentle country song, “When I Dream.” She is a unique talent in the world of entertainment, combining the experience and dignity of the great classics through to the better contemporary music, imbuing all this with her sparkling personality.

Helen was born in Scone, New South Wales, Australia, of Greek parents. Both of her parents were born in Greece, her father, Paul Zerefos, came from Neapolis Vion, Laconia and her mother, Katina Andronicos Zerefos from Avlemonas, Kythera.

From an early age, Helen studied piano and showed vocal promise for an operatic career. She was Dux of her school and had aspirations towards medicine and architecture. Although proud of her musical ability, her parents were very disappointed when she chose a theatrical career. Her mother insisted she learn something practical to fall back on if necessary, so Helen gained a diploma in fashion and now designs the fabulous gowns which have become legendary for her stage appearances.

At a time when musical extravaganzas were tops on television, she was chosen to be a founding member of the marvellous singing and dancing group the “Revue 20” on the ATN Channel 7 network. The Revue 20 featured weekly on the top national TV variety show, “Revue 61” and then “Revue 62,” which swept the ratings and went to air Sunday nights at 8pm. Brilliant Canadian Peter MacFarlane, from MCA (Music Corporation of America) was brought to Australia as producer - director of “Revue 61” and “Revue 62.” These shows, under the iron fist and creative genius of Peter MacFarlane were never equalled for excellence on Australian television and were hosted by the incomparable Digby Wolfe.

The invaluable experience of singing and dancing on the top show in the country under the watchful eye of this great director was the best possible start to a future career. The Revue 20 became the backbone of all major shows produced by Channel 7. Before Peter MacFarlane left after eighteen months in Australia, he took Helen and tenor John Serge aside and advised them that to further their careers, they must leave Australia and offered to help by getting them onto the US television scene via Canada.

Sadly, soon after, Peter MacFarlane drowned in Canada while filming a documentary. John Serge went to England and the continent, where he had an illustrious career in opera. Helen stayed in Australia.

Emerging from three fabulous years at Channel 7, Helen went on to appear in other series, including a year with Bobby Limb’s “Sound of Music” at TCN Channel 9. During this time, Helen won the prestigious Miller’s, BMC (British Motor Corporation), Qantas Search for a Star Quest. The prizes included first class Qantas travel around the world, a car and singing contracts.

During 1965, Helen and brother Bill Zerefos embarked on the world trip she had won. After five months of many wonderful highlights, one of which was meeting Elvis Presley at Paramount Studios in Hollywood, they returned home.

There were many appearances on all major TV shows too numerous to name. Helen appeared in
over 600 television shows.

In 1967 after starring in theatre for American producer Bret Adams in “The Music Man” with Australian showbiz legend, Ted Hamilton, plus “The King and I,” Bret urged her to go to the United States as he felt she was a natural for the Broadway stage. However, an offer from the Channel 10 network to star in the television series, “ Barry Crocker’s Say It With Music” was accepted, which kept Helen in Australia. This very happy experience lasted for nearly three years.

Although there were offers of overseas engagements, her marriage in 1971 to leading private investigator, Raymond Millanta and “strong family commitments,” forced her to dispel any thoughts of working overseas.

Among Helen’s other stage shows were starring roles in: “Song of Norway,” “Showboat,” “Hooray for Hollywood,” “Evening in Paris,” “From Russia With Love,” “Aspects of Love” at the Old Tote Theatre, “Roman Holiday,” “Europe by Night,” and “The Andrew Lloyd Webber Song Book”

Helen’s father, Paul Zerefos, died suddenly in 1981. Her mother Katina never recovered from that shock and soon began to suffer from Alzheimer’s Disease.

On her travels over the years, Helen had amassed a large and magnificent collection of beautiful fabrics which were richly embroidered and jewelled. Realising there was more than she could ever possibly wear herself, she decided to utilise her collection of fabrics and her fashion diploma skills and create her own fashion label of special occasion wear. So, in 1984, her label “Helen Zerefos Special Occasion,” was launched with her good friend, Eileen Herbert.

After a very successful year of designing and producing special occasion wear accompanied by the excitement of fashion parades, Helen decided that the rag trade was not worth the temperamental tantrums and hassles of some of those associated with that industry. She decided to devote her talents to the relative sanity of show business and the joy of performing beautiful music.

In the meantime, her beloved mother Katina had deteriorated quickly to such a degree that she was helpless and needed constant attention. Helen was her primary carer for ten years.

In 1986 Helen appeared in the Royal Gala Concert at the Sydney Entertainment Centre for Her Majesty Queen Elizabeth and HRH Prince Philip – Helen was so sad that her mother was not able to comprehend and be present at such an auspicious occasion.

The situation of caring for her dear mother, who passed away in 1992, had caused Helen to decline numerous concert offers from overseas during those years. Soon after her mother passed away, her husband, Raymond, was diagnosed with cancer which further curtailed any thoughts of taking any of the overseas engagements offered, as she continued her role of primary carer.

Helen was awarded an OAM (a Medal in the Order of Australia) in 1996, in the Queen’s Birthday Honours List, for her services to charity and fund raising for Alzheimer’s research. Helen has supported research into Alzheimer’s disease for many years having nursed her mother Katina for ten years and knowing full well the horrors of that dreaded illness.

Helen supports many causes and is Patron of Professor Tony Broe’s Ageing Research Centre at NeuroScience Research Australia in Randwick (Sydney) where research into Alzheimer’s and Parkinsons disease is conducted. Helen has supported Professor Broe’s research for over twenty years with fundraising concerts, sale of her CDs, talks to community groups (Rotary, Lions, View, Probus Clubs etc) and generally raising awareness through her work. For further information telephone Mrs Sandra Forster, Executive Officer of the Ageing Research Centre, at Prince of Wales Hospital, Randwick, Sydney, on (02) 9382 4259 or email: Sandra Forster

Amidst her busy schedule, Helen makes appearances at Mike Walsh’s Hayden Orpheum Picture Palace at Cremorne, Sydney, one of the most exquisitely restored theatres in the world, working with world acclaimed theatre organist, Maestro Neil Jensen, at the Wurlitzer organ.

In the year 2000, Helen represented Australia in a concert at the Shanghai Grand Opera Theatre in Shanghai, China, celebrating its opening. The concert was a live telecast to two billion people!

Helen’s husband of 31 years, Raymond Millanta, passed away in 2002 after a lengthy debilitating illness – again Helen had been the primary carer. In all, Helen was primary carer for members of her family for twenty years.

Helen was devastated by the loss of her beloved younger sister Bubsie (Florence) who passed away with breast cancer in May 2004.

On 4 June 2004, Helen was selected to be a torchbearer in Sydney in the ATHENS 2004 OLYMPIC TORCH RELAY. She was nominated by her dear friend, Sandra Forster, of the Ageing Research Centre, Prince of Wales Hospital. Helen was honoured to be representing Australia for a brief moment on the world stage and also thrilled to be celebrating her Greek heritage.

Her busy schedule also included an engagement to perform two classical concerts on the Japanese luxury liner, “Pacific Venus,” while cruising the Pacific in 2005. (There were two typhoons in the area at the time.) 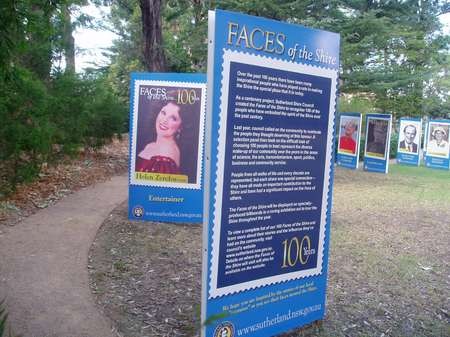 In 2006, the Sutherland Shire (in Sydney) celebrated its centenary. To mark the occasion, many events were planned. The first of these showcased one hundred people who had “made an important contribution to the Shire over the one hundred years and who have had a significant impact on the lives of others.” Helen, a resident for many years, was among the chosen one hundred. “The Faces of the Shire” was displayed on specially produced billboards in a roving exhibition which toured the Shire throughout the year.

In 2007, at the 31st Australian Entertainment “Mo” Awards, Helen was presented with a “Mo” Award for the best Classical and Opera Performer.

In 2009, at the 33 rd Australian Entertainment “Mo” Awards, Helen was presented with the John Campbell Fellowship Award.

3rd September 2011 the Sutherland Shire Council honoured Helen with a 50th anniversary (as a professional singer) tribute concert at the Sutherland Entertainment Centre, where she was accompanied by the Sutherland Symphony Orchestra under the baton of Sven Libaek.

Between her professional singing engagements, Helen continues to be a sought after speaker to service groups raising awareness for Alzheimer research.