submitted by Kytherian Biographies Project on 18.12.2011

His heritage is Kytherian. His paternal grandfather was Jim Castrission, originally from Kastrissianika, and his paternal grandmother was Theothora Coroneos (Belo Kostandinos) from Potamos. Jim Castrission established the famous Niagara Café at Gundagai, in New South Wales. Jim would later sponsor his brothers Vic and Jack to Australia from Kythera. The Niagara was famous for having piped music that could be dialled to every cubicle, and for the Southern Cross constellation, which lit up on a blue domed ceiling, that arched over the interior of the café. The Southern Cross stars were painted stars, set into the ceiling. You can read more about the Castrission family's Niagara Café

In his book Crossing the Ditch, James states “that almost from the day I was born I always seemed to have too much energy. My parents had a rough time chasing me around and trying to protect me from myself. They did a pretty good job, though, until I decided it was time for my first BASE jump.
Climbing my first peak – the kitchen bench-top – during a rare moment when my parents had turned their backs, I threw myself off, yelling, “Look at me – I’m Superman!” before thudding into the tiled kitchen floor and bursting into tears, with a broken leg.

From a young age, father John encouraged his children to enjoy camping, allowing them to light their own fires, and to pitch their own tent. By age five James had developed impeccable navigation skills. He was intrinsically adventurous by nature.

He attended Roseville Public school, until 5th class, when he proceeded to the prestigious Knox Grammar school situated in the northern Sydney suburb of Wahroonga, NSW. http://www.knox.nsw.edu.au/

His adventures continued during his school years. He and two friends trekked to the source of the stream in the New South Wales Southern Highlands that fed into the Murray River. They then proceeded to float down the stream, through rapids, on their backpacks, where James’ father and other support crew, including Greg Thanos and John Miller, were waiting at the streams end.

His first major adventure involved kayaking the entire length of the Murray River, from the source of the Murray to the end. The first time this had been done.

On another occasion while he was in the cadets and undertaking a Duke of Edinburgh Award, he undertook a 250 kilometre walk with other colleagues through the Snowy Mountains. The group was caught in a huge snowstorm, and many of them where winched to safety. James and a few colleagues were allowed to continue their trek in the dangerous conditions. We just knew that they could and would survive, said the coordinator.

After completing his Higher School Certificate, he went onto Sydney University, where at age 25, he gained a Bachelor of Commerce degree, majoring in Finance and Accounting. He gained employment as a consultant and analyst for Deloitte Touche Tohmatsu before deciding that mountaineering, rock climbing, bushwalking and kayaking should be the focus of his life. He decided to pursue dreams beyond the corporate world.

He has climbed some of the most challenging peaks in Australia and New Zealand and walked some of the most breathtaking tracks. He shot to world prominence however, when he and close friend Justin Jones completed the first Trans-Tasman kayak expedition from Australia to New Zealand. For photographs and a great deal more information about that epic journey, see: http://www.crossingtheditch.com.au/ 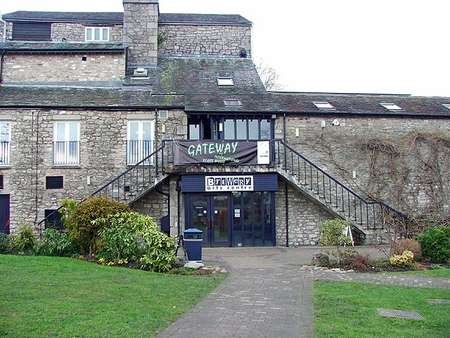 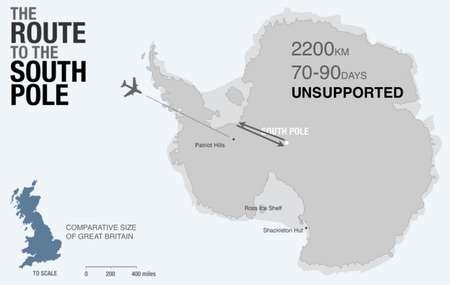 Wasted legs walking up onto the beach in New Zealand 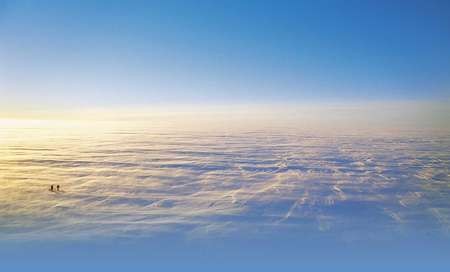 A documentary was produced about Crossing the Ditch (Ditch would be translated as lagathi in Greek, and is colloquial language used to refer the expanse of water, the Tasman Sea, which lies between Australia and New Zealand). The documentary won it's category for best film on adventure and exploration at the Banff Mountain Film Festival in Canada - the "el primo" outdoor film festival in the world! Cass expressed “a big thanks to the crew from Quail Television for helping this all happen, especially Greg Quail and Doug Howard who saw the merit in our expedition and made it possible for us to share our little trip with the rest of the world”! 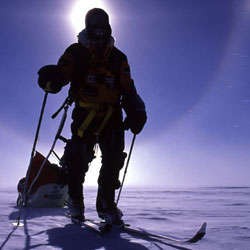 Kendal's Brewery Arts Centre, the main venue for the Kendal Mountain Festival
More than 7,500 people are estimated to have attended the festival over the November weekend to watch films ranging from high-level mountaineering epics, to behind-the-scenes looks at the production of nature documentaries in high environments, as well as listen to a host of speakers. Now in its 12th year, the festival featured 61 films totaling 150 hours, covering a wide range of outdoor and adventure subjects including climbing, mountaineering, mountain biking, kayaking, culture and exploration. Cas (James Castrission’s “nick name is Cas), and Jonesy’s efforts to be awarded the Grand Prize against such illustrious competition is extraordinary.
The DVD Crossing the Ditch can be purchased on the website: http://www.crossingtheditch.com.au/

Cas, spoke for both young men when he commented that “through committing ourselves to achieving one of "Australia’s last great first" adventures, we wish to inspire others not to be afraid of pursuing their own adventures and dreams”.

In New Zealand, the New Zealand Education Department contracted them to lecture to school students, on the need to aspire to achieve their dreams and fulfill their potential. The Greek Orthodox Archbishop, held a ceremony blessing them, and thanking them for what they had done for New Zealand.

In 2008, after the Tasman Sea crossing, James Castrission was a fitting Guest of Honour at the Kytherian Ball, the youngest guest of honour in the history of the event.

When he is not training for, or engaged in adventures, he has a full time career as a motivational speaker, lecturing to schools, organisations, and corporations at the highest level.

Cas is currently engaged in his most difficult adventure yet. You can read all about it at Cas ands Jonesy’s website: http://casandjonesy.com.au/
In 100 years of polar exploration no-one has EVER walked from the edge of Antarctica to the South Pole and back again without assistance. Many have tried, none have succeeded.

Facts about Crossing the Ice: 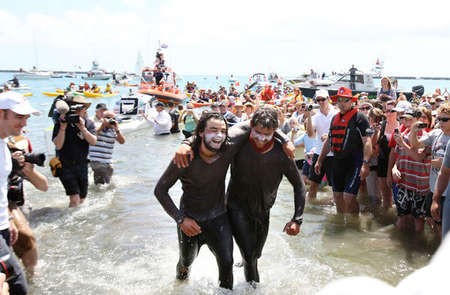 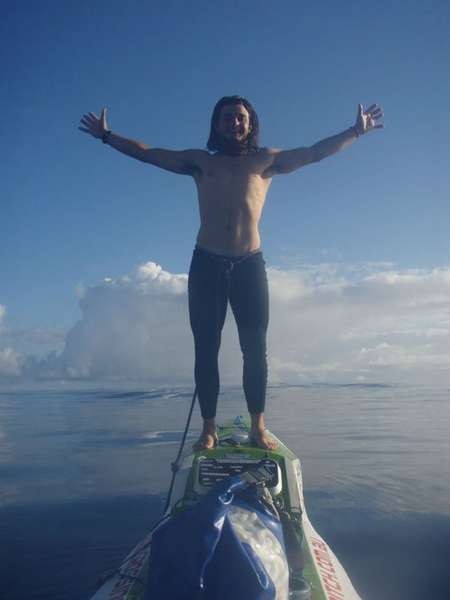 It's bitterly cold in Antarctica 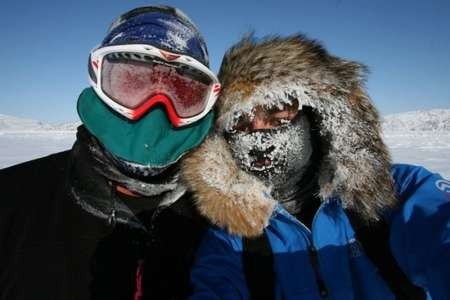 Cas and Jonesy are using this expedition to raise much needed funds and awareness for ‘You Can‘; an Australian national fundraising campaign to build specialised youth cancer centres across Australia. This expedition is called Crossing the Ice – and everyone on the planet can be a part of adventure by following their progress on the website, and by interacting with the pair of adventurers. You can read up on the expedition here on the site, or leave a message of support on Facebook.

This is James Castrission’s most challenging and dangerous adventure yet.