submitted by Kytherian Newsletter Sydney on 14.04.2014

“A rare breed of individual: altruistic in a world where self-interested
ambitions are often prized and admired. His determination to succeed
and his compassion for his fellow man are indeed exceptional traits
.” 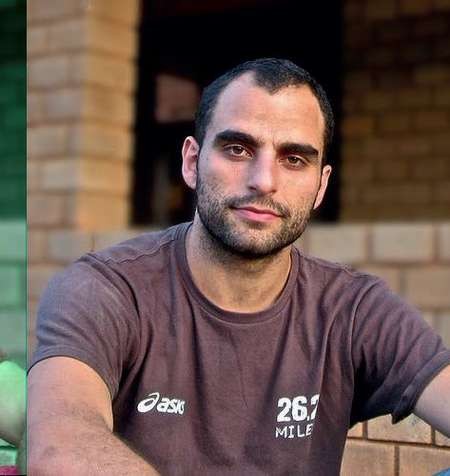 View / download a copy of this entry as a .pdf:

In the Australia Day Honours List it was announced that Peter Clary Castrission had been awarded the Medal of the Order of Australia for service to international relations through providing educational opportunities to people in India.

Clary Castrission (as he is known) is no ordinary medal recipient. At the age of 30 years he has packed in a lifetime of charitable endeavour and demonstrated an incredible spirit of humanity that the rest of us could only dream about.

Clary is the son of John and Vivienne Castrission of Gordon. His paternal grandfather, Jim Castrission, originally from Kastrissianika in Kythera, established the iconic Niagara Café at Gundagai.

His younger brother James Castrission has become a well-known adventurer, crossing the ditch to New Zealand in a two man kayak and walking unassisted to the South Pole.

The essence of adventure is seemingly embedded in the Castrission DNA.
Clary attended Knox Grammar and then obtained degrees in Arts and Law (with Honours) at the University of Technology of Sydney. But as a 22-year old law student at UTS, Clary was trying to work out how to get involved in international issues when one of his lecturers, Professor Sam Blay, gave him a telling piece of advice that would forever change Clary’s
world outlook: “If you really want to get involved in international poverty-reduction, don’t do it from a high-rise in New York or Geneva; go to the developing world and get your hands dirty.”

So it was that in 2005 Clary set off with a fellow student, Karyn Avery, to go to India. What they saw outside of the main cities was very disturbing as they were confronted by the extreme level of poverty and despair, particularly around the city of Bangalore where the local granite mines and quarries employed workers on as little as $2 a day to break rock. These exploited workers often extended beyond several generations within the same family and the primitive slum conditions in which they lived and worked meant that they could not afford even a basic education for their children.

Clary Castrission knew that a proper education could change the life of these children and provide them with a more positive future. He thought it would cost $40,000 and so he set up a non-governmental organisation (or NGO) called 40K Foundation Australia with the goal of raising enough funds to purchase land and build a new orphanage and school for the children of the quarry workers.

The 40K actually refers to Clary’s initial investment in the project of $40,000 which amounted to his life savings at the time. Although that was in hindsight a naïve estimate for establishing a school, Clary was more determined than ever. As he later wrote: “I think the best thing about starting out as naive as we were, is that if we knew how much work we were getting into, we would have been scared off. I think naiveté is one of our greatest gifts. You’ll actually have the courage to take on something big.”

Five years later the Banyan School opened on the outskirts of Bangalore. The school now has 300 pupils. But Clary has not stopped there. It is not a one school wonder. As the CEO of the Foundation, Clary is overseeing an organisation that is providing more than a 1,000 children a quality education throughout India with the establishment of after-school education centres called ‘pods’ for kids living in poverty in rural Indian villages who need that extra support in English, maths and reading through game-based learning through computer tablets.

The 40K Foundation, now with many sponsors and backers and volunteers, is looking to help empower India’s children to rise above the poverty trap. Clary is also interested in pursuing strategies to eradicate child labour in Indian quarries.

For his work Clary Castrission was one of the final three young Australians nominated for "Young Australian of the Year" in 2011. He has also received numerous awards including the Commonwealth Day Award for Citizenship in 2009 and the Australia-India Friendship Award in 2012.

And now his extraordinary commitment to striving for the rights of India’s
underprivileged citizens to receive a basic education has been recognised at a national level with his richly deserved OAM.

As one journalist has recently written, Clary Castrission is a “rare breed of individual: altruistic in a world where self-interested ambitions are often prized and admired”. His determination to succeed and his compassion for his fellow man are indeed exceptional traits.

The Kytherian Association heartily congratulates Clary for making a real difference in this world.

SMH. Whats happened to our sense of fair go

Published under the title - Ordinary Kytherians - Extraordinary achievements, pages 22 & 23, The Kytherian, Newsletter of the Kytherian Association of Australia, March, 2014