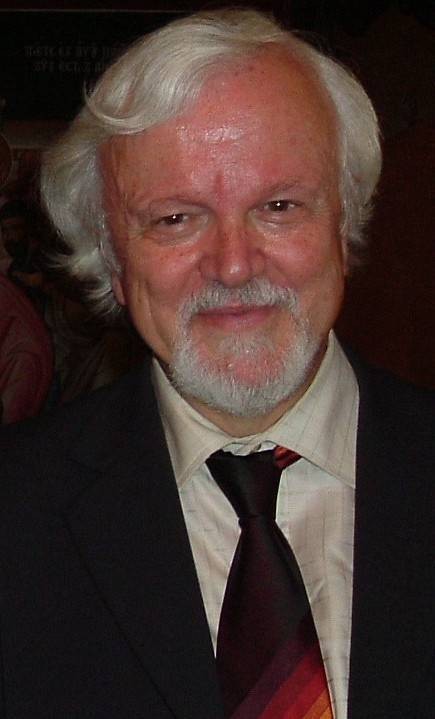 Nicholas's father was Kosmas Petrochilos, and his mother, Aikaterini Stathi - Petrochilou. Kosmas came to Australia when he was 14 years of age. He remained there to the age of 36, when he returned to live in Greece. Soon after returning to Kythera, he married Aikaterini.

He attended the Primary School in Pitsinianika, Kythera and the High School (Gymnasium) in Chora, Kythera. He left Kythera when he finished Gymnasium, at the age of 18.

Prof. Nicholas Petrochilos was born in Athens, but he comes from the island of Kythera (Ionian islands). He graduated from the Philosophic School of the University of Athens (1960) and taught as a secondary school teacher of Philology in the state schools of Greece.

Later (1968), he was selected among many other candidates for a two-year refresher course in Pedagogics (he graduated in 1970), and soon afterwards was awarded a scholarship from the State Scholarship Foundation of Greece for postgraduate studies in England. He studied Latin Literature at the University of London (Westfield College) for three years and obtained his Ph.D. in 1973.

His dissertation for his Ph.D. was published in 1974 under the title Roman Attitudes to the Greeks. It was translated into Greek (1984) by two scholars of the University of Thessaloniki. Many favourable reviews of his thesis were published in various classical periodicals all over the world.

Apart from his work as a translator and commentator of Latin Historical Texts into modern Greek [ Sallust and Suetonius, in all their works, have already been published in three volumes by the Cultural Foundation of the National Bank of Greece; the whole work of Tacitus (6 volumes) has been completed and awaits publication by the Cultural Foundation mentioned above ], Professor Petrochilos continued his teaching career as a Visiting Professor at the Universities of Crete, Athens and Cyprus. His translations of Seneca's De vita beata (On happy life) (1996), De tranquillitate animi (On the tranquillity of the mind) (1997), and De brevitate vitae (On the brevity of life) (1997), as well as of Erasmos : De recta Latini Graecique sermonis pronuntiatione dialogus ( = on the right pronunciation of Latin and Greek)(2000), have been all published by Patakis editions, in Athens.

He has also written and published various works on the cultural relations between the two most eminent peoples of the ancient world, the Greeks and the Romans, on Roman epic poetry --particularly on Virgil's Aeneid - as well as on many other areas of Roman culture and civilisation (drama, politics, everyday life). He has participated in many conferences, in Greece and abroad, and presided many of them. He was President of the National Theatre of Greece (1989-1990) and is now an active member of various Societies in Greece and abroad. He speaks English, German and Italian.

11.- Nature and Function in the Motive of the Mythological Example in Roman Epic Poetry, Thessaloniki, 1980, pp 237 (in Greek, with an extensive summary in Engl.).

23.- Sallust - Introduction, Translation into Greek and Notes, The Cultural Foundation of the National Bank, Athens 1993, pp 340.

24.- "Women of High Moral Character in Roman Comedy", Fourth Panhellenic Symposium of Latin Studies (Rethymnon 1990), 9-19 (in Greek, with a summary in Engl.).

34.- “A Concise Examination of the Revival of the Roman Comedy Authors and of their Continuous Presence”, Nea Poreia, October - December 1999, 253-267.

45.- “The activities of the Society of Kytherian Studies”, Acta of a conference organised by Prof. G. Leontsinis at Kythira (Σεπτέμβριος 2003), pp.29.