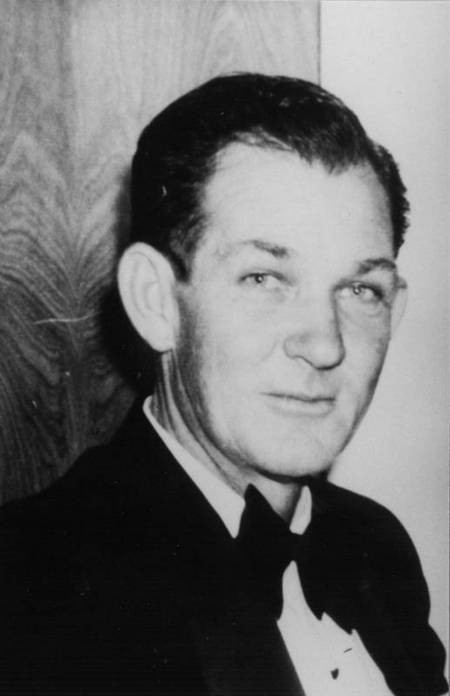 In every town where Kytherians chose to settle, it seems that there were always a number of Australians in that town who were very fascinated by Greeks and Kytherians and their way of life.

Elsewhere at kythera-family, Marie Hobson from Gunnedah has revealed her fascination with the Greeks.
[Use the internal search engine under Hobson to find the requisite entry].

Donald Gordon Patrick was born in Gilgandra. He was variously a farmer, a gunsmith, and a hotelier. He was also an A-grade marksman, who often accompanied Kytherians on hunting trips on farms around Gilgandra.

[Kiniyi was a very important activity amongst Kytherians, and one which has yet to be explored fully at kythera-family]. He was an excellent shot. I never saw him miss a target that he had designated, prior to the shot. He never wasted one piece of ammunition.

Don was fascinated by the Greek lifestyle. He spent a great deal of time, particularly in the later evenings, going into the Kytherian shops in Gilgandra, such as the Monterey Cafe, the ABC Cafe, and Gilgandra Fruit Mart, conversing at length with the proprietors, George (Proto)Psaltis, Paul (Yianna)Kelly, and Con (Tzortzo)Poulos, respectively.

I have thought very long and hard over many years as to what fascinated a certain type of Australian about the Greeks?

Eventually I arrived at the conclusion that the Greeks were

1. single-minded and dedicated to achieving success - they were very purposive, and made many sacrifices to succeed. (This contrasted with a dissipated lifestyle that people like Don could detect amongst some of their fellow-Australians).
2. they were very moral in their outlook.
3. They were very sober in their habits.
4. They were consistent in the pattern of their lives. All the Kytherian's in the Central Western town's around Gilgandra for example, seemed to live the same kind of life.
5. they were very self-effacing about their achievements.
6. some had led extarordinary and interesting lives. (Again, contrasted with being bought up in a small town like Gilgandra.)

Because I spent 4 evenings out of 7 working in my fathers' shop, I was privy to all these conversations, and was included in them, and became very close to the Patrick family.

In the end I used to call Don, Thionisis Patrikios, designating him an honorary Kytherian.

Don died recently, and I always remember him with a fond regard.

This phenomenon of Australians becoming fascinated by the Kytherian lifestyle is worthy of much deeper investigation than has hitherto been dedicated to it.