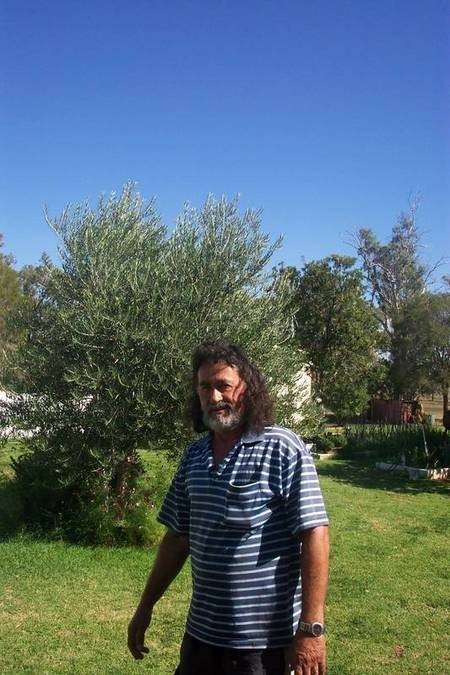 Standing in front of a very well kept olive tree. (George is a master "olive maker".)
He purchased from Tommy Colbrin the caravan park on the Coonamble Road.

5 families - the Pentes, Sklavos, Kelly (Yiannakellis), (wife Chris, a Yeoryopoulos, from Potamos), Psaltis (Protopsaltis), and Poulos (Tzortzopoulos) - lived in close proximity to each other - culturally, residentially, and commercially.

I found of course, all the buildings, where the Kytherians had conducted their businesses; but all of these - with the exception of the Gilgandra Fruit Shop (my father's old shop), had substantially changed their usage.

George Divas's family was the only Greek family left in Gilgandra, and he told me that he was contemplating leaving in the next few years.