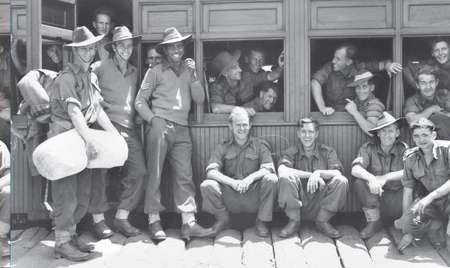 ahead of Battle of Crete anniversary and Gallipoli centenary

GREECE is set to become a key destination for Anzac tourism as Australians prepare to commemorate the centenary of the Gallipoli landing next year.

Next week, a special plaque made in Melbourne will be unveiled in Greece to mark the 73rd anniversary of the Battle of Crete which included Anzac forces.

Greek authorities are also planning to highlight other areas where Australians fought in World War II, and Greece’s role in providing a base for the doomed Gallipoli campaign.

Greek Tourism Minister Olga Kefalogianni, who met Greek community leaders in Melbourne this week, said her nation was keen to attract Anzac visitors and would be supporting next year’s commemoration.

“Greece will be participating in a very strong way,” she said.

Local organiser and state Labor MP John Pandazopoulos said Greece would benefit from the tourism and Australians would see another side of the Anzac legend.

Mr Pandazopoulos, who is also head of the World Hellenic Inter-Parliamentary Association, said the Gallipoli operations base was 80km away on the island of Lemnos.

“There are all these huge Australian connections and there are 1400 Australian soldiers buried at eight Commonwealth war cemeteries spread throughout Greece.”

Next week’s delegation to Crete will include Glenda Humes, daughter of Captain Reg Saunders, who fought at the battle and was the first Aboriginal to be made an officer in the Australian Army.

“We're delighted to bring this plaque as a gift to the people of Crete, to mark a location which is forever part of Australia and Greece’s entwined history,” she said.

The so-called 42nd Street plaque weighing 80 kg was funded mainly by Greek Australians and depicts a vital action by Anzac forces in the last days of the battle.

On Wednesday, Ms Kefalogianni signed a deal in Canberra allowing Greek and Australian youth to work for up to a year while holidaying in each other’s countries.

The visa will have a cap of 500 places a year for each nation.

“Greeks are more hospitable than ever, despite their own problems,” she said.

Download a brilliant brochure explaining circumstances of the battle of 42nd Street battle, and its context of the battles in Greece and Crete during WWII, here: