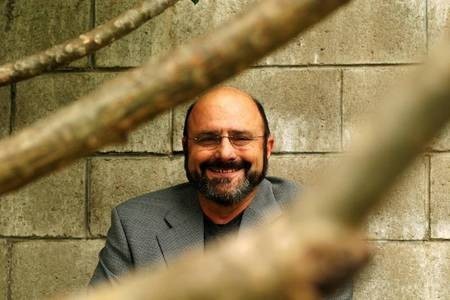 Jim Poulos, QC, selected as a torchbearer for the Athens Olympics Torch Relay on June 4, 2004.

Carrying a flame for Athens

The Olympic Torch Relay is set to roll through sections of the Eastern Suburbs [of Sydney] on Friday, June 4.

Greek business and community leaders as well as former Olympians will be torchbearers when one of the most important symbols of the Athens Olympics touches down in Sydney.

"Pass the Flame - Unite the World" is the message behind the 2004 torch relay as it makes its way through 26 countries and 33 major cities. Woolhara's mayor, Geoff Rundle. said he hoped residents, school communities and business workers would yurn out in the streets to support the relay.

"It's a wonderful way to show our patriotism and support for the athletes representing our country at the Athens Olympics," he said.

The torch will leave Sydney Opera House at 8 am and arrive at Rushcutters Bay about about 8.45 am. It will then be carried along New South Head Road, before travelling along O'Sullivan Road, Rose Bay, on the way to Bondi Beach. FRom there it is expected to be carried out to the Sydney Olympic Stadium.

Members of the Greek community have also been given the honour of carrying the torch. One is barrister Jim Poulos, QC, who has a lengthy commitment to North Bondi Surf Life SAving Club.

Mr Poulos said he was enormously proud to have been selected as a torchbearer.

"If I can get away from my work commitments, Ï'll definitely be over in Athens to watch the Games," he said. "I've seen some of the new facilities already and they are magnificent. The subway is the best ever, and the new airport is brilliant."

After the torch has passed through Woollhara, the mayor will plant an olive tree to commemorate the event. The tree has been donated by the Sydney Hellenic Community and is a symbol of the 2004 Games and the international symbol for peace. It will be planted outside "Redleaf" council chambers.

Mayor Rundle appealed to the community for co-operation because of the road closures and clearways that will be in place from 6 am to midday. "Traffic will be affected on New South Head Road between Kings Cross Road and O'Sullivan Road, with a rolling road closure controlled by NSW Police", he said.

The Olympic flame was lit by the sun's rays in a traditional ceremony in Olympia, Greece, and is kept in a lantern that travels with the relay. More than 3600 torchbearers will pass the Olympic flame during the international event of 1500 kilometres.

The Athens Olympic Games will be run from August 13 to 29.

Thanks to reporter Kim O'Çonnor, and editor Andrew London, the Wentworth Courier [Newspaper], Sydney; for permission to re-print this article.