Proud grandmother with her grandsons. 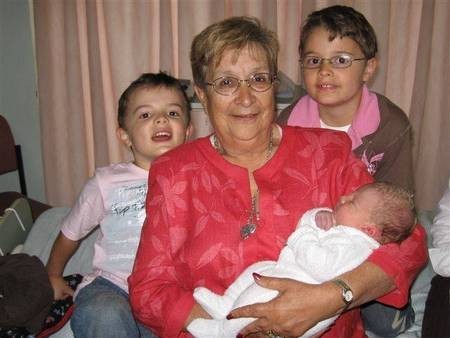 Parents of the baby are Jonathan and Michelle Aird.

Jonathon is the only son of proud parent [holding the baby], Stella Aird (nee, Kelly), and David Aird, originally from Scotland.

Stella, in turn, is the daughter Chris(anthe) Kelly (nee, Yeoryopoulos), from Potamos, Kythera.

Chris and her husband, Paul Kelly, owned the ABC Cafe, Gilgandra, for many decades.