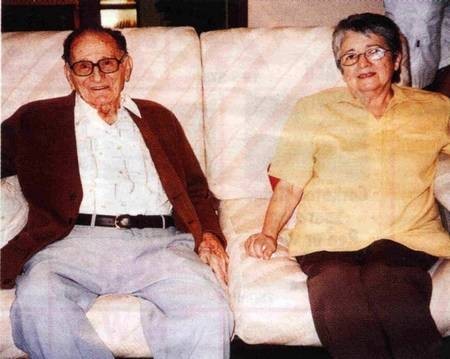 Theo Cass will have more than one reason to celebrate this Christmas Day — he turns 100.
Mr Cass’s family is planning a birthday party and Christmas celebration at his South Coogee home, along with many close friends. The centenarian-to-be moved toSydney from Queensland with his wife Fani and children in 1970, and he has lived “a . good life” in South Coogee ever since.

In 1922 he came to Australia from Kythera, Greece and settled in Rockhampton, Queensland. From very humble beginnings, he toiled hard and made a name for himself as a respected business identity.

Along with his brothers Paul and Spiro, he opened the Blue Bird Café, which traded successfully in central Queensland through the Great Depresion of the early 1930's.

“I love Australia — it has been my true home since I moved here from Greece," Mr Cass said.
Recently Mr Cass has been battling ill health. He underwent major surgery at Prince of Wales Private Hospital earlier this year. “He pulled through the operation and is doing OK, and now he’s looking forward his birthday on Christmas Day,” his daughter Koula Papapetros said.
“It was quite a big hurdle for him to get over at age 99, but he’s a real little battler and he’s determined to get to 100.”

Mrs Papapetros and her brother Alex Cass thanked all the people who have helped their father in the last few years, including the staff at Prince of Wales Private Hospital, the Greek Welfare Centre, St Luke’s Community Home Care Service, and many close friends and family members. “Without all the good care of these people I doubt my father would’ve been able to cope, and we’re extremely appreciative of their generosity,” Mrs Papapetros said.

Although Mr Cass is not as lively now as he was as a youngster he is still a keen storyteller. “The operation took it’s toll a bit,” Mrs Papapetros said, “but he alway has time to tell us about his glory days.”­