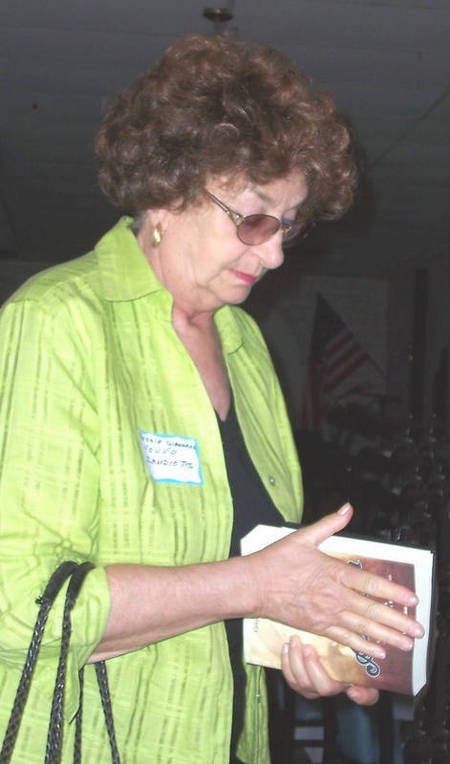 Holding a copy of the very superior book Austin Lunch, chronicling life in a Chicago restaurant, during and after the Depression years.

Bessie's Zantiotis heritage derives from The Vouno. "To" Vouno is a very small hamlet (of about 5-6 homes) which lies just out of Karavas on the Ayia Pelagia road.

She is not aware of her family "paruchoukli" or "nickname." However at least two Zantiotis "clans" lived "sto Vouno". One was the "Sarandakos", and the other was the "Kapsanithes".


Other Zantiotis's, also lived at Ayia Anastassia, which again is a short way out of Karavas, but this time on the road to Potamos.

Are there other Zantiotis's in different parts of the world who derive from Ayia Anastasia?

I know of two Zantiotes families who do so.

Peter Zantiotes (Zantis), who married my first cousin Helen Levantis, who together ran a fruit shop in Goulburn, NSW, for a number of decades. Both are now deceased.

Peter Zantis as a young man, in unifrom

And Peter Zantiotes, who with wife Loula, ran the Busy Bee Cafe in Gunnedah, NSW. Peter is now deceased, but Loula still runs the business in Gunnedah.

The one million drachma question is: does Bessie have Zantiotis relatives living in Australia?

Oh,forget to mention: Bessie's mother Helen was a Panaretos. She was first cousin to Gregoria Panaretos Rampias. Bessie must likely has more info on all of this! When Helen arrived in the US, she came to Gregoria's house. My mom, Rose (Litsa) Moustakas Aronis Pine, was playing with one of Gregoria's sons, George. Gregoria asked them to be on the lookout for Helen. Both children asked how would they know her. The anser was from her red hair. And sure enough, while they played, Rose and George saw this young woman with flaming red hair approaching and ran to tell Gregoria that Helen had arrived!