Emanuel Casimatis. Sitting on the front doorstep to his house 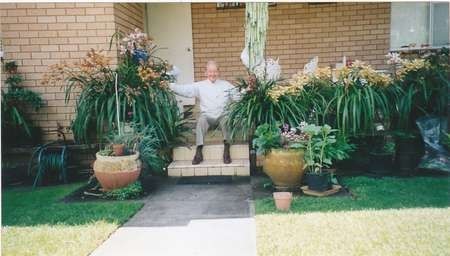