submitted by Kytherian Association Of Australia on 20.04.2012 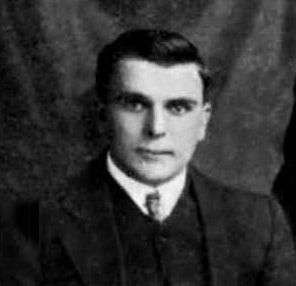 The entry for the Kritharis and Tzorztopoulos brothers on Page 147, Life in Australia, (1916), which includes Theo Crithary reads:

Two splendid and extremely profitable shops, located in the city of Glenn Innes, in New South Wales, do worthy honour to the Greek name. The shops, both of which stand on the central streets of the city, are run by the young and ambitious brothers Messrs. Theodoros and Panayiotis Kritharis, sons of Evangelos Kritharis, and their cousins, Messrs. Minas and Theodoros Tzortzopoulos (Poulos), all of whom hail from the island of Kythera.

All of them belong to the small group of Greeks who, within a short period since their arrival in Australia, have achieved sudden and remarkable progress. Moreover, these distinguished members of the Greek race are shareholders in the motor transport company operating between Inverell and Glen Innes. Working, as they do, in an extraordinary spirit of harmony and love, they have managed, within a short time, to gain a place among the most well-established Greeks in Australia. Mr Theodoros Kritharis also happens to have made donations to the hospitals of Glenn Innes.

The Crithary and Tzortzopoulos brothers ran the two shops in Glen Innes in partnership.

Theo Crithary standing outside his shop in Glen Innes

Later Theo established a food supply business called Embros ("Forward"). He claimed to be the first importer of ouzo into Australia, sellling it in several hotels; he also sold Greek olives to Woolworths.

Theo Crithary was a literary and philosophical man. In 1923 he tried, without success, to bring together, the disunited Greeks of Sydney.