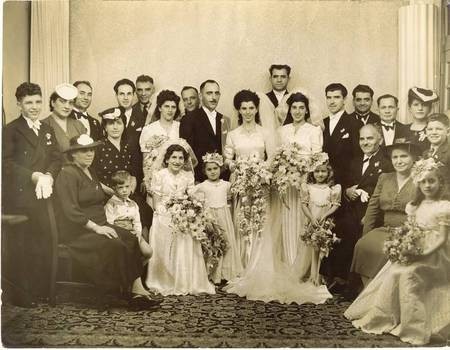 This was the social event of the year in Lismore, with many curious citizens gathering at St Andrews Church of England to watch the mysterious rituals of a Greek wedding, being orchestrated by Fr J. Evangelinides of Sydney. Over 300 guests gathered at the Apollo Hall afterwards, partying into the wee hours under the influence of cool jazz provided by the famous Kewpie Harris Band. And all reported with a half page spread in the Northern Star.