An artist's impression of the planned development by Easts group 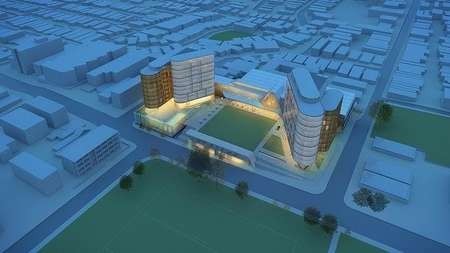 The Easts Group, incorporating Easts Leagues club and the Sydney Roosters, has lodged a $100 million proposal to redevelop the Waverley Bowling Club into the new home for the Roosters with plans for two 10-storey residential towers atop a new licensed club, function centre and gym, administrative offices, a childcare centre, and a swimming pool for use as a school. 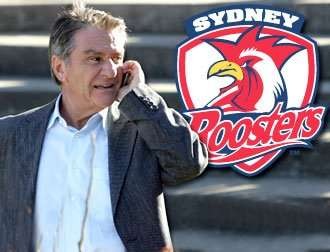 A planning proposal was lodged by Easts Group with Waverley Council last week, seeking a change to the Local Environment Plan, to allow buildings up to 45 metres tall.

But like Wests Tiger's proposal to redevelop their site Rozelle into a high-rise tower, the group's plan is almost certain to be controversial with residents. The sleepy Waverley Bowling Club is in an area with predominantly single- or two-storey dwellings and small unit blocks.


An artist's impression of the planned development.

We are waiting to hear back from council and we plan some community consultations," he said.

Richard Francis-Jones, from FJMT Design is the architect for the project, which proposes two rounded towers and a sweeping, wave-shaped podium.

Mr Bennetts said there were several parts to the project.

"Obviously there is the commercial component, withich includes [about] 140 units, but there is also serviced apartments, the club and a function centre," he said. "The profit goes back into community facilities such as a learn-to-swim centre, a 70-place childcare centre and on-site training and administration facilities for the club."

He said Easts proposed to maintain one bowling green and keep room for bowling club members.

The Roosters are also seeking the council's views on using Waverley Oval for the Roosters' training midweek. The club already uses the oval for its Bondi United junior grades.

"It's about being able to provide facilities for the changing demographic," Mr Bennetts said. "Our learn-to-swim centre at Bondi Junction is full."

The Roosters have several heavy hitters on their board with expertise in business. The chairman is car dealer Nick Politis, while board members include Mark McInnes, formerly head of David Jones and now CEO of clothing brands Just Group, and Mark Bouris from Yellow Brick Road,

Waverley mayor Sally Betts said she did not know much about the proposal and would wait for an assessment by council staff.

"From what I have seen, some of it is wonderful and some of it not quite so wonderful," she said. "Waverley has a 3D mapping system, so we will know exactly what the shadowing and view impacts it has."

Council would need to rezone the site from RE2 private recreation to B4 mixed use to allow Easts' grand plan to go ahead. The first step is for the council to review the proposals and then, because of its size, it would be referred to the NSW Planning Department for gateway approval, with a recommendation either to accept or reject from the council. A decision by council is not expected until the new year.

After that there would be a period of formal consultation with the community, but it is likely Easts will undertake community consultation in a few weeks.