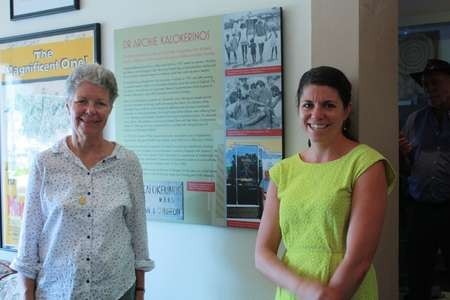 a panel dedicated to Archie, at the Roxy Greek Museum in Bingara.

The Roxy Museum was conceived as a Greek-Australian museum. It should always be considered as such. However, George Poulos believes, that "to the degree that Kytherians dominated the 'shop-keeping phenomenon' in Australia, and by virtue of the Kytherian input into its inception and restoration, it could also be considered a Kytherian-Australian museum. By virtue of the grandeur of the building, the superiority of the displays, and the monetary value of the Roxy ‘complex’, it is undoubtedly the most significant 'Kytherian' Museum in the world."