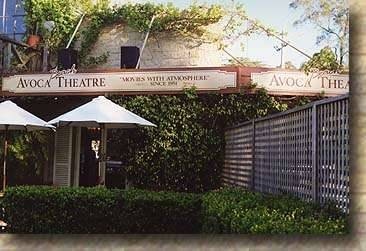 
During the 1990's KEVIN CORK undertook extensive research into cinema's in Australia.

Tragically, he died before completing his work, but most of the chapters of his Ph.D Thesis, were completed.

His wife and children have kindly given permission for his work to be reproduced.

Most Australian's would be unaware of the degree to which Greeks, and particularly Kytherian Greeks dominated cinema ownership in Australia - especially in New South Wales.

This is Kevin Cork's own Abstract or Summary of his unfinished work.


The importance of the Hellenic and Kytherian contribution to Australian cinema ownership and history is clearly demonstrated throughout the thesis.

It is difficult to know how to pass on to Kytherians the results of Kevin Cork's important research's.

In the end, I felt that the results should be passed on in the most extensive way - i.e. in full re-publication of Chapter's.

Eventually all Chapters will appear on the kythera-family web-site.

Prior to the introduction of the concept of multiculturalism in the 1970s, migrants to Australia were expected to assimilate as quickly as possible. How this was done was left to the migrants themselves and for those who arrived before and immediately after World War II, it was not an easy road to travel. For southern Europeans this was made more difficult because of public antipathy, work restrictions and government control. Research into a particular group of Greek migrants, who arrived between 1898 and 1949, has revealed that, rather than assimilate, they integrated through their achievements, keeping the best of Greek culture which they added to what they wanted from the host country's culture.

Chapter 1 discusses the available information on Greek migration to Australia, particularly to New South Wales prior to 1950. The misconception about stereotypical Greek cafe owners is dismissed and attention is drawn to a particular group of 66 men who, for economic reasons, became motion picture exhibitors.

Chapter 2 provides generalised backgrounds of these men, telling how they came into the picture business. Included is a case study of a North Coast family.

Chapter 3 examines discrimination, firstly against the men and their families, then how they were forced to discriminate. A case study shows the difficulties of three Greeks in Bingara.

Chapter 5, "Parthenons Down Under", discusses the importance of picture-going in pre-television days and overviews the theatres built by the Greek exhibitors. A short survey of Greek landmarks in New South Wales is considered and a case argued for retention and placement on heritage lists of six theatres constructed for Greek exhibitors. Because it was rare to find more than one Greek-born exhibitor in any one country town,

Chapter 6 is a case study of an atypical country town and examines the history and contributions made by six Greeks who ran five picture shows in Walgett at various times between 1915 and 1970.

Chapter 7 is a picture gallery with lengthy captions and photographs of the men, their families, their cafes, their theatres.

Chapter 8 is an overview of the subject group's achievements and includes the contribution made by their wives. Two case studies are presented: one on Anastasia Sotiros, the other on Theo Conomos of Carinda. The question is then answered as to whether the subject group integrated or assimilated.