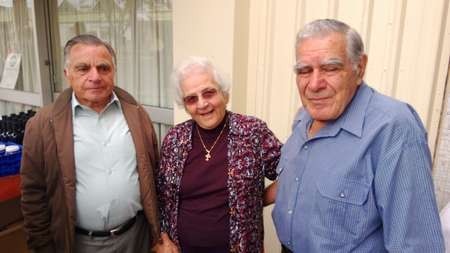 Jim is on the left, and Paul is on the right. Jim lives in canberra.

Irene Cominos is the wife of late Theodore Cominos. Originally in Mackey she now now lives in Brisbane. She is the mother of Katerina and Maria