John Theodoridis presenting John Coulton with a cheque from AHEPA 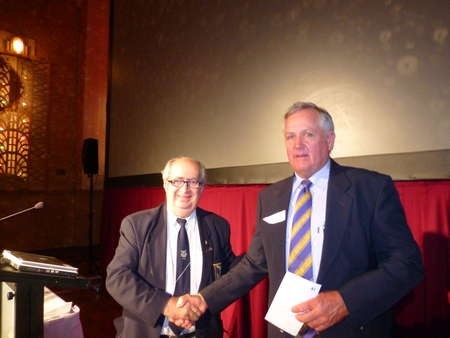 as their contribution towards the design and completion of the Roxy Museum, Bingara. John Theodoridis is the Grand President of AHEPA, NSW, and John Coulton is the Mayor of Gwydir Shire Council.

This occurred during the visit of 47 members of AHEPA, Sydney, to the Roxy Complex, Bingara

The visit of AHEPA to Bingara