Photos > Cafes, Shops & Cinemas > Looking across the brikki that boiled the coffee towards a beautiful creek 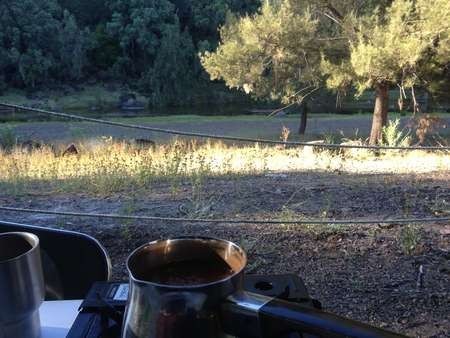 Ozzy allowed 3 members of the 4 Wheel Drive Club - John Tzannes, my cousin John Notaras, and myself - and "ring-in" George Poulos, to camp on his property, in a shed, overlooking a beautiful creek, and a rocky outcrop. The four campers drove out to the property at the end of the Canberra Cafe panayiri.

That was a very interesting night.

My cousin John and I undertook a 5 day K4WD Trip to Bingara and Manilla. from 28th March until 1st April, 2013.