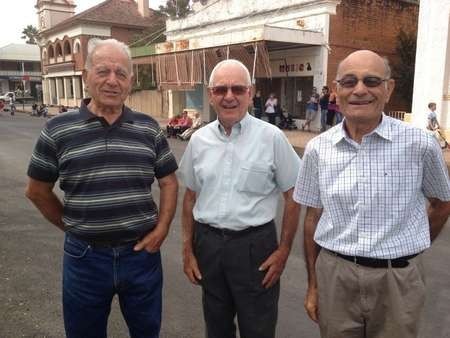 The street had been closed off for the event.