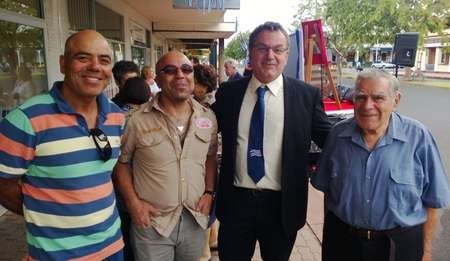 Ozzy allowed 3 members of the 4 Wheel Drive Club - John Tzannes, my cousin John Notaras, and myself - and "ring-in" George Poulos, to camp on his property, in a shed, overlooking a beautiful creek, and a rocky outcrop. That was a very interesting night.