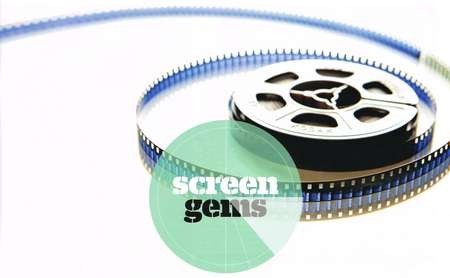 Although scores of cinemas have closed in Sydney, Garry Maddox finds that some independents have survived - and even thrived.

There was a time when Coogee residents seeking entertainment could wander down to the elegant 1434-seat Boomerang Theatre to see vaudeville performances and, from 1928, the talkies. Further west, the Summer Hill Theatre, built in Spanish baroque style, had a facade that looked like the ornate carved bow of a 17th-century Spanish galleon, with gargoyles, large urns, a saucer dome and a huge chandelier. In 1934, the luxurious Hoyts Crescent theatre opened in Fairfield, a 1700-seater showing a double bill of That's A Good Girl and The Defence Rests. Owner A.J. Beszant, already running the Palatial Theatre in Burwood, an ornate charmer with almost 2000 seats and an organ imported from Britain, had plans for "deluxe theatres" in every key western suburb.

From the 1920s, movie-going was the country's main form of entertainment. Suburban and independent cinemas thrived. By 1933, there were said to be 22 cinemas in the city and 155 in Sydney's suburbs. One in three Australians attended at least one film a week.
But when television arrived in Australia in 1956, it began killing off these old cinemas as people stayed home more often for entertainment. Others survived, until later challenges from movies on home video and the rise of multiplex cinemas.

But, as Sydney's cinema landscape has undergone dramatic changes, around half a dozen small, often idiosyncratic, independents have survived. And in some cases thrived. The independently owned Cremorne Orpheum, Randwick Ritz, Roseville Cinema, the Uniteds at Avalon and Colloroy, Hornsby Odeon and Manly Cinema offer a different kind of cinema experience. It is sometimes a more personal one, harking back to the days of suburban cinemas catering to a local audience.

Take the Orpheum, the Cremorne picture palace owned by former TV host Mike Walsh. Like the State Theatre that hosts the annual Sydney Film Festival in central Sydney, it has an old-style charm from an era when audiences watched shorts before the movie, listened to the Wurlitzer organ and probably smoked during the screening.

"When we first came into the place 25 years ago," says general manager Paul Dravet, "I said to Mike, 'We're here for the long haul, so we have to approach this place differently. We have to market it on a more personal basis and that includes putting in foreign-language and independent films and staying with it, irrespective of the temptation to go with all the block-busters.' And eventually we cornered a terrific market."

Five years ago, the Orpheum and fellow northside picture palace Roseville Cinema had a runaway success as the only Sydney cinemas screening the Swedish charmer As It Is In Heaven. While those one-off movies are rare, Dravet tries to balance blockbusters with art-house films such as The Intouchables.

Retro screenings have also taken off. The 1986 David Bowie cult movie Labyrinth attracted a younger audience of 400 people, many dressed up. "We've widened our market because, well, you have to," says Dravet. "When it's your location and you're there, you are far more in tune with what your audience wants than you are with, say, a head office that decrees what you do and don't get nationally."

At the family-owned Randwick Ritz, general manager Egidio Rodrigues has also built a loyal local following, but suggests"tenuous" is a better description of business than "thriving", given all the competition in the eastern suburbs from cinemas at the Entertainment Quarter, Eastgardens, Bondi Junction and Paddington. The Ritz's attractions include its art-deco charm, non-shopping-mall location at The Spot and low ticket prices: $13 for a standard 2D movie compared to $18 elsewhere, and $8 on Tuesdays. "Clearly we're surviving and making enough money to keep our doors open," says Rodrigues. "Are we doing as well as the majors? Each independent's circumstances are different, I guess, [but] it's certainly an exciting business to be in."

The Randwick Ritz, which now has six cinemas after opening with a single screen in 1937, does well with movies catering to local families during school holidays. But with its audience also drawn from uni¬versity students and hospital workers, the cinema's biggest movies last year were Skyfall, The Best Exotic Marigold Hotel, The Dark Knight Rises and The Hunger Games.

The cinema also attracts strong crowds for Australian and Polish film festivals. "We're fortunate that we have a lovely location and some great cafes and restaurants nearby," says Rodrigues. "If you wanted to be a millionaire quickly, it's probably not the best career choice. But if you're passionate and you enjoy bringing films to the masses, you can make it work."