Photos > Cafes, Shops & Cinemas > Some of the women who graciously distributed the food to the assembled multitudes.

Some of the women who graciously distributed the food to the assembled multitudes. 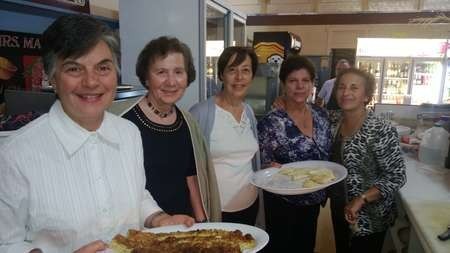 From left to right:

The Travassaros ladies are former owners of the Acropolis Café Tamworth.

A special celebration will be held at the Canberra Cafe on Easter Sunday 30th March 2013 in the township of Manilla.