The Greek flag took pride of place at the celebrations 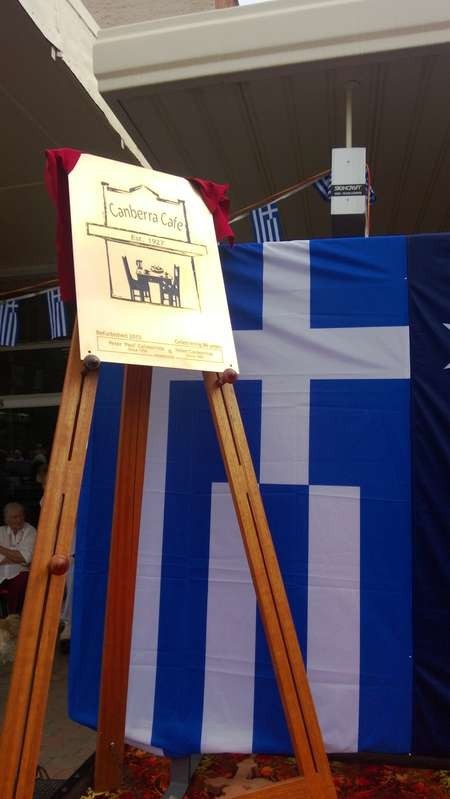 Here is it pictured in front of the commemorative plaque issued to Paul and Helen (Elly) Calokerinos for services to the town of Manilla and district.