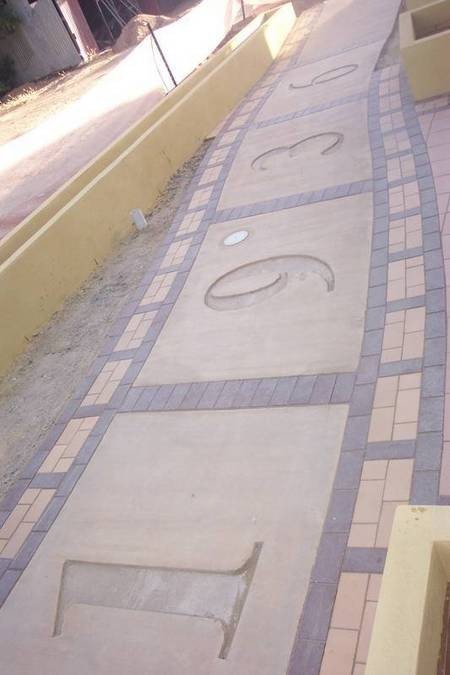 The three of them together were known as Peters and Co. Peters and Co signs are still displayed on the shop fronts of numerous former Kytherian cafes throughout NSW.

At great expense, this magnificent Art Deco Theatre, has been restored to its former pristine elegance.

When you exit the South facing door, from within the theatre, you enter a landscaped recreation area.

The design of the pavers is very clever.
It is in the form of a film-reel - celebrating the establishment of the theatre in the year 1936 - and the name of the theatre - Roxy.

This photgraph depicts the right-hand-side of the walkway - 1936.