Photos > Cafes, Shops & Cinemas > There was some excellent entertainment on off during the afternoons street proceedings 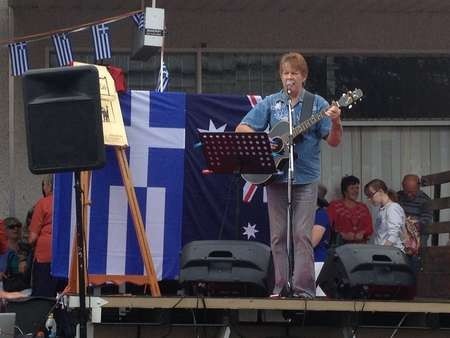 Canberra Cafe on Easter Sunday 30th March 2013. This local "country and western" singer had a good repertoire which really got the crowd "going".

A special celebration will be held at the Canberra Cafe on Easter Sunday 30th March 2013 in the township of Manilla.