The Thinker, 1914, by Emmanuel Andrew Cavacos 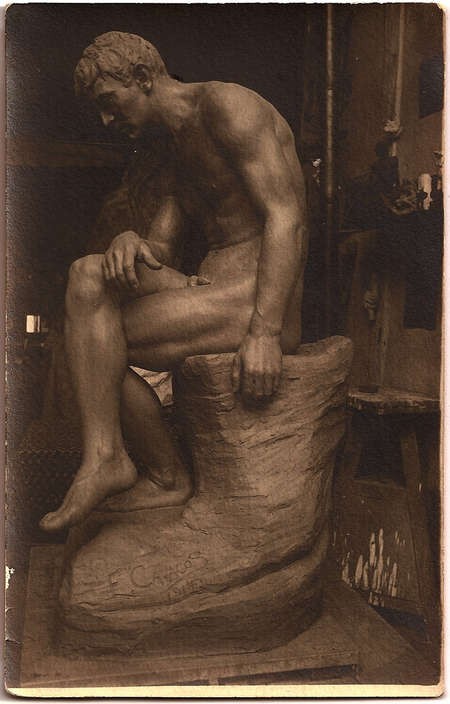 Emmanuel Andrew Cavacos was born in Potamos, Kythera, on February 10th, 1885. He emigrated to the United States of America, when he was sixteen years old, and settled in Baltimore, in the suburb of Hampden, where his brother Constantine was living. Another brother Theodore also chose to live in Baltimore. (Theodore was married to fellow Kytherian Pothiti Chlentzos). In Baltimore he formed a close friendship with Charles Fitzpatrick, with whom he communicated for many years. Photographs and Arts Programs which Cavacos sent to Fitzpatrick form the basis for this (preliminary) biographical sketch.