submitted by Kytherian Cultural Exchange on 10.09.2011 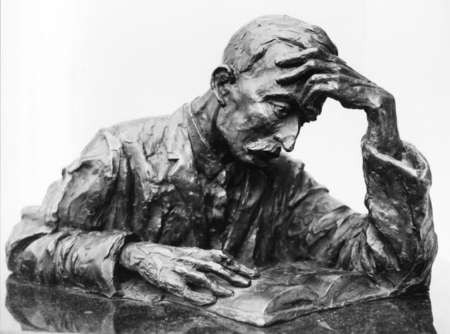 
Lafcadio Hearn lost his mother as a child and led an erratic writer's life, but he finally found his roots in a combination of Japanese and Greek culture.

"It has been wisely observed by the greatest of modern thinkers that mankind has progressed more rapidly in every other respect than in morality." - Lafcadio Hearn

Lafcadio Hearn, a unique figure in international literature, began his life in Greece and spent the rest of his career becoming a citizen of the world, a bridge between East and West, and a devotee of Greek and Japanese culture.

The Irish Soldier and Greek Noblewoman Fall In Love

Sergeant Major Charles Bush Hearn of County Offaly, Ireland, came from an old and genteel Dublin, Ireland family, and was surgeon of the 45th Nottingham Infantry Regiment stationed near Dublin. One day his regiment was ordered to the town of Lefkada on one of the Greek Ionian islands, during the British occupation of the islands. Lefkada is an island shrouded in myth, including the tradition that a love-distraught Sappho threw herself into the sea from Lefkada’s white rocks. Other myths suggest that the palace of Odysseus, the hero of Homer’s Odyssey, was located west of Nidri on the south coast of Lefkada. At a deep, mystic level, Lafcadio's temperament reflected the mysticism of his birthplace.

Sergeant Major Hearn had only been in Greece a short time when he met Rosa Antoniou Kassimati, a Greek noblewoman through the Kytheran lineage of her father Anthony Kassimati. Rosa’s parents were dead and she lived with her seven brothers, all notorious for their contempt and hatred for foreigners.

A charming Irishman, Sergeant Major Hearn soon melted Rosa Kassimati’s heart and they met secretly for several weeks before her brothers became suspicious. When they discovered their sister’s meetings with the Irish soldier, her brothers warned him never to see their sister again or they would kill him. Rosa’s brothers also threatened her with death if she saw the Irish officer again.
Undaunted, the lovers continued to meet until a goatherd accidentally revealed the location of their rendezvous to Rosa’s brothers. The seven brothers ambushed Sergeant Major Hearn on a lonely road and stabbed him multiple times, leaving him for dead. When they told their sister Rosa what they had done, her intense grief touched even their ferocious hearts.

The Lovers Are Reunited

The Hearns Travel to Ireland and Divorce

Sergeant Major Hearn’s regiment was ordered back to Dublin when Lafcadio was two years old, and the people of Dublin welcomed Lafcadio, his brother and his beautiful mother with warmth and curiosity. Charles Hearn’s two unmarried sisters welcomed them all and took them into heart and home. For years after Charles Hearn returned to his old home, he remained deeply in love with his beautiful Greek wife.

Then, according to a story in The Chicago Times Herald, Charles Hearn’s feelings began to change. He became impatient with Rosa’s unique dress and Greek prejudices and superstitions. Finally, he asked her for a divorce. Charles Hearn had reconnected with the woman he had been in love with before he went to Greece. Her father had opposed his original suit, but now her father was dead and the woman still loved him. He decided that his love for the Greek noblewoman had only been an episode.

Grief-stricken at first, Rosa, drew upon her innate courage and resourcefulness. She hurried to divorce Charles Hearn more quickly than he could divorce her. His two aunts rallied around Rosa and her sons instead of Charles, disinherited their nephew, and made his sons their heirs.

The aunts retained a lawyer for Rosa, a Greek scholar, who was also rich, handsome, single, and only forty years old. Rosa won her divorce, the sympathy of most of Dublin society, and the love of her lawyer.

She married him under his terms which were that she leave her two children with their aunts and leave Great Britain forever. She accepted his terms and her two sons never heard from her again. Immediately after the divorce was granted, Charles Hearn went to India with his regiment. He married his old love in India and they lived there many years.

Lafcadio Hearn and His Brother Live With The Aunts

Deserted by both parents, Lafcadio and his brother became the center of their old aunts’ lives. The aunts sent them to the best schools and brought them up in luxurious circumstances. Lafcadio showed early signs of exceptional writing talent, and the aunts, who were Roman Catholics, decided to give him a Catholic education. In1865, at just fifteen years old, he studied at the Ushaw Roman Catholic College in Durham, England. During his teens, he lost the vision in his left eye as the result of a playground accident. Later the aunts sent him to a monastery school in France, where he acquired an extensive knowledge of French and a profound enough disgust of the clerical profession to become an agnostic.

While Lafcadio lived in France, he received some devastating news from the two aunts. They had made some unfortunate investments and lost their fortune, but mercifully they did not live long enough to experience dire poverty. Lafcadio left France, determined to seek his fortune in America.

Lafcadio Immigrates to America and Settles in Cincinnati

In 1869, when he was 19, Lafcadio booked steerage passage on a ship bound for America. Arriving in New York he sought work as a newspaper reporter. He knew hunger and slept in empty packing cases and in the doorways of buildings. Finally he got work on a New York paper and eventually he moved to Cincinnati.

With the help of his friend the English printer and communalist Henry Watkin, Lafcadio managed to eke out a living as a newspaper reporter. His writing talent helped him quickly rise through the newspaper ranks and he worked as a reporter for the Cincinnati Daily Enquirer from 1872 to 1875, becoming known for his lurid accounts of local murders. He developed a reputation as the Enquirer’s foremost sensational journalist and he won fame as the author of sensitive, unconventional accounts of various ethic and minority groups. The American Civil War had not ended racism in white society and Hearn’s bitter experiences would eventually estrange him from the United States.

Lafcadio married a black woman, Alethea Foley, an illegal act at the time. When word of his marriage spread, the Cincinnati Enquirer fired him and he went to work for the rival Cincinnati Commercial. In 1877, Lafcadio divorced his wife and went to New Orleans to write his observations about the city in a column he called “Gateway to the Tropics.”

In New Orleans, Lafcadio first wrote for the Daily City Item and then the Times Democrat, focusing on the Creole population and its distinctive cuisine, the French Opera, and Louisiana Voodoo. His stories in national publications including Harper’s Weekly and Scribner’s Magazine helped shape the image and reputation of New Orleans as a colorful multi-cultural city that resembled Europe and the Caribbean more than America.

In Harper’s Weekly in 1883, Lafcadio published the first written article about Filipinos in the United States, the Tagalags. He visited one of their villages in Saint Malo, southeast of Lake Bourgne in Saint Bernard Parish to interview people for his story.

In 1887, Harper’s Magazine sent Lafcadio to the West Indies as a correspondent. He spent two years in Martinique and in 1890 produced two books: Two Years in the French West Indies, and Youma, The Story of a West Indian Slave. He was also a major translator of the short stories of Guy de Maupassant.

Lafcadio Hearn Travels to Japan As a Newspaper Correspondent

In 1890, Lafcadio went to Japan with a newspaper correspondent’s commission which soon ended, but he became the editor of the Kobe Chronicle. Here he discovered the ideal combination of his Greek and Japanese roots and his greatest inspiration in Japan. Through Professor Basil Hall Chamberlain of Tokyo Imperial University, Lafcadio obtained a teaching position in Matsue, a western Japanese town on the coast of the Sea of Japan. During his fifteen month stay in Matsue he married Koizumi Setsu, the daughter of a local samurai family. He also became a naturalized Japanese citizen, adopting the name Koizumi Yakumo.

During the remaining years of his life, Lafcadio taught journalism and English literature at several Japanese schools, including Tokoyo Imperial University. In the late Nineteenth Century, the Western world considered Japan mysterious and unknown and the depth, originality, sincerity, and charm of Lafcadio’s writing about Japan did much to explain the enigma of Japan and the enigma of Lafcadio Hearn himself.

Lafcadio Hearn Is an Important Writer and a Cultural Bridge

Lafcadio Hearn influenced the establishing of diplomatic relations between Greece and Japan in 1899. Although he never again saw his mother after 1854, he continued to feel love and longing for her and he took great pride in his Greek identity. He believed that Greek and Japanese culture had common features in its paganism and animism and he visualized Greece as Utopia.

On September 26, 1904, when he was a professor at Waseda University, Lafcadio Hearn died of a heart attack at the age of 54. He is buried at the Zoshigava Cemetery in Toshima, Tokyo. His legacy is continued in his writing, and in plays and exhibitions featuring his work. The Lafcadio Hearn Memorial Museum and his house are still popular tourist attractions in Matsue, Japan, and the American College of Greece in Athens sponsors an exhibition honoring him.