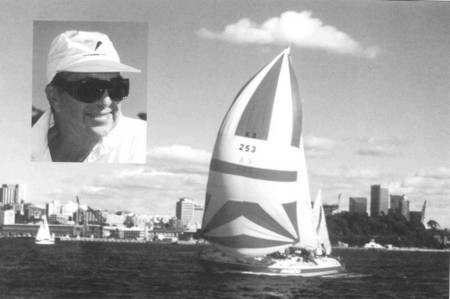 As notified in a previous entry, and re-iterated in less detail at the conclusion of this entry - in the year 2000, the Greek - Australian Sports Hall of Fame was inaugurated.

The Girdis family derive from Constantinople. They left following the turmoil surrounding events in 1922.

I laid claim in a previous entry to Stephen Girdis, because he was half-Kytherian - through his mother Effie Christian(os). George is Nick's son, and Stephen's cousin.

George's mother is a Kytherian.

George Stephen Girdis has been inducted in the Roll of Honour, Services to Sport category.

Girdis was born in Brisbane, Australia, and after graduating from university, bought a share in a 22-foot boat with Bill Psaltis and Con Laird and raced for several years on Sydney Harbour with the Sydney Amateurs. Later he purchased a 42-foot harbour racing boat called Skye, and later bought into Aphrodite.

He raced with the Cruising Yacht Club of Australia, (CYCA), which involved short ocean racing on Sydney Harbour and also long ocean racing to Hobart, Noumea, Vila, Southport, and other destinations.

During this period, Girdis was invited to join the board of the CYCA, and after several years as a board member, was elected Commodore, a post he held for two years, 1982-1983. Girdis (by 2000) had taken part in seven Sydney to Hobart Yacht Races.