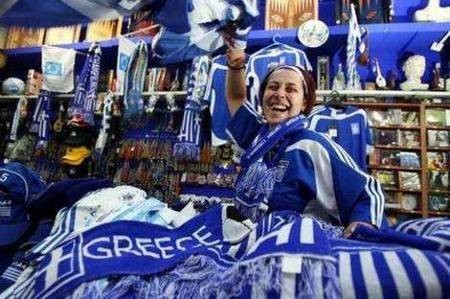 I have never been asked a question more often, this past month, than this: "Who are you going to support in the soccer - the Greeks or the Aussies?" The implication is that if I say Greece, I am a traitor who has turned his back on his country of birth.

OK - everybody take a deep breath … I will be supporting Australia. Not because I was born here, and not because it will be bad for my "image" if I don't, but for deeply personal reasons.

When I was at primary school in the 1970s, kids like myself - who decided to kick a soccer ball around their streets and in the schoolyard - were ridiculed, mocked and beaten up.

Not a week would go by when some kid would come up to us and tell us that if we were Aussies then we should be playing footy and not that "wogball".

"Only poofters and wogs play soccer," was the catchphrase repeated again and again in most schools across the country. We persisted through this ridicule and the ensuing punch-ups because we loved the game.

Back in the countries where our fathers were born, this was the only game. We became so frustrated. Why couldn't the Aussies understand this was the most popular sport in the world?

I can still remember the bewildered look on my father's face when I told him I didn't want to play soccer anymore. "Why?" he cried. "Because only wogs play it!" I screamed back. So that was it - the end of wogball.

Off I went to Coles to buy myself a plastic Aussie rules football (I couldn't afford the pigskin one). I must say, it took me a while to work out how to kick the bloody thing. It had a mind of its own and many a neighbour's window was shattered in the process, but we persisted for the common good.

We wanted to assimilate. We wanted all those blonde-haired, blue-eyed Aussie girls to look at us as true blue Aussie men and not "dago poofters".

It worked: the AFL and NRL are full of good-looking players with ethnic-sounding names such as Giansiracusa and Minichiello.

But my real heroes are the "dagoes" who persisted against the odds. They kept playing "wogball" and endured the taunts because they were visionaries. They knew that if they just kept believing in themselves and could make a World Cup, they would change the way an entire nation viewed "wogball".

It's because of these heroes that I will always support Australia over Greece. Yes, we should be extremely proud of our 'Roos - a bunch of fair-dinkum Aussie blokes with names such as Viduka, Lazaridis, Bresciano, Grella, Skoko, Sterjovski and Culina.

For cynics who say multiculturalism doesn't work, I hope this culturally integrated team of top players shuts you up forever.

The Greek team is made up of only Greek names: Samaras, Zagorakis, Giannakopoulos… If you joined the Greek names as one and then the Aussie names, Greece would probably win, but just by a nose hair. Yep, our surnames are just as long as theirs and we're damn proud of it.

Our Socceroos are a microcosm of our community. Unlike our "Aussies" on Ramsay Street, their names and faces are more indicative of the make-up of our suburbs and towns and an excellent endorsement to the rest of the world of what makes our country great.

So c'mon Australia. Let's all cheer them on as one united multicultural nation.